YOU DECIDE, ABSURD OR NOT? Amendments, independent claims and divisionals in a patent 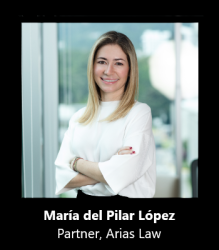 Further, the Patent Law and Regulation, as well as the Examination Guideline state that the last opportunity to file divisionals is any time before the conclusive report for the substantive examination is issued. Only if the conclusive report denies the patent due to lack of unity a divisional application can be filed in the appeals stage while the parent patent application is still active.

Hence, what if the Examiner approves in the conclusive report some claims but not others, what will happen then? – Would there be no chance to amend the refused claims and accept to just have the allowed claims?

If the Examiner approves some claims, this will mean that the patent has been partially allowed for those specific claims. The claims would be granted as they have been filed in the last version of the claim set submitted during the examination phase and it would not be possible to amend the granted claims nor the claims that were rejected.

So, if for example claims 14-17 were allowed, but claims 1-13 were not, then because claims 14-17 are dependant claims some amendment would have to occur to, for example, remove claim 1 and write its content into claims 14-17.  In Costa Rica, as stated above, dependent claims will only be allowed if the claims to which they rely on are allowed. That being the case, if any claims are allowed that are not independent claims, narrowing amendments are not allowed to excise the rejected claim aspects. In other words, the applicant cannot further amend the claims to simply excise any invalid claims so that only the allowable claims remain after the conclusive report is issued.

Though, this excising in patent practice is allowed in other countries such as the United States, it is not possible in Costa Rica. In the United States, pursuant to the Patent Rules, the applicant may amend the claims, before or after the first office action and also after the second office action; after final rejection, if the amendment meets the criteria of 37 CFR 1.116; after the date of filing a notice of appeal pursuant to 37 CFR 41.31(a), if the amendment meets the criteria of 37 CFR 41.33; and when and as specifically required by the examiner.

We know, it seems like a bizarre situation!  We are telling you that even if the Examiner says: ‘yes dependent claim X is now considered inventive and complies with applicable regulations in light of the last amendment filed, it doesn’t matter as the Examiner is going to throw out the whole application irrevocably and not let the applicant write the features of the good dependant claim into the rejected independent claim following the Examiner´s conclusive report.

Yes, it seems draconian that sort of post decision amendment would be disallowed but it is! Is the applicant then pushed to write every claim as an independent claim with repeating language to avoid this situation? Except there lies the risk of having the appointed Examiner depict the claims as redundant.

What can the applicant do in this situation? The only option at this stage would be to file a divisional application with a different set of claims; however, there is also the risk that the Patent Office will reject the divisional application on the grounds of double patenting if the parent patent is granted.

Again, as stated, divisional applications may only be filed after the conclusive report is issued if the patent application is rejected on the grounds of lack of unity requirement.

So, make sure that when filing patent applications in foreign countries, you seek a counsel well versed in their own country´s patent laws and practices.