What you need to know about the UP and UPC 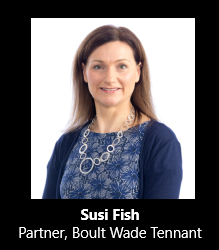 Nine years after the signing of the Agreement on a Unified Patent Court, the new Unitary Patent (UP) and single Unified Patent Court (UPC) are nearly a reality. All that is needed is for Germany to deposit its instrument of ratification of the UPC Agreement and, on the first day of the fourth month after this deposition, the UPC will finally enter fully into force. In this article we consider the significant jurisdictional changes that the UPC will bring.

The UP will present new validation options upon allowance of any European patent applications that are granted after the UPC comes into force. This will be covered in a separate article.

Opting out of the jurisdiction of the UPC

As soon as the UPC opens its doors any existing European patents (EPs) will fall under its jurisdiction. This means that a competitor could start a central revocation action at the UPC against any existing EPs, even if they are well past the 9-month European Patent Office (EPO) opposition window. For patentees preferring to avoid the possibility of central revocation of their existing EPs at the UPC, it will be possible to actively opt out EPs (and published applications) from the jurisdiction of the UPC. This enables a patent owner to actively remove an EP from the jurisdiction of the UPC so that the EP instead remains under the jurisdiction of the relevant national courts. It will only be possible to opt out during a transitional period of the UPC, which will last at least seven years. However, such opt-outs will usually be effective for the whole life of the patent.

An opt-out is effective for all states for which the bundle EP was granted, so it is not possible to opt out only for particular countries in the bundle. However, it is possible for a patent holder to withdraw an opt-out at any time should they wish to do so (unless the EP has been the subject of national litigation in the meantime). Having withdrawn an opt-out, the bundle EP would then fall within the jurisdiction of the UPC for any subsequent disputes. Of note, it is only possible to opt out once, so if an opt-out is withdrawn, a further opt-out is not possible.

Opt-outs will become possible in the three-months prior to the UPC opening its doors. The initial 3-month “sunrise” period is intended to give patent owners time to opt out their patents before competitors are able to start central revocation actions against them at the UPC.

When will it be possible to opt out?

The million dollar question is when will the sunrise period begin? The answer is not straightforward. Before Germany deposits it instrument of ratification the Contracting Member States need to be convinced that the UPC is completely functional. Progress is being made – at a meeting of the Administrative Committee on 8 July 2022, the Court’s Rules of Procedure and its Table of Fees were adopted and the recommended list of the most suitable candidates to be appointed as judges of the UPC was presented.

After this meeting, an indication was given that the timing of the start of operations of the Court can reasonably be expected to occur in early 2023. This could mean the sunrise period starting in autumn 2022 (with the court fully operational from January 2023) or, and as many are saying is more likely, it could mean that the sunrise period will start in early 2023, with the UPC becoming fully operational in Spring 2023.

To opt out or not to opt out?

Another question that is often asked is what are the pros and cons of opting EPs out of the jurisdiction of the UPC.

As always, it’s a balance and the decision about whether to opt out, and when, will vary for different patentees, and potentially there will be variations across a patent owner’s portfolio.

Potential reasons to opt out

The primary advantage of opting out is that the UPC will not have jurisdiction over your EP.  This would mean that an EP is not vulnerable to a central revocation attack that could result in revocation of the EP in all the ratified states of the UPC (it would force any potential attacker to act in the individual jurisdictions).

Furthermore, patentees may be concerned that there is significant uncertainty about the UPC forum – there will be new patent judges and an initial lack of substantive and procedural case law – this makes it difficult to predict costs, timescales and outcomes of litigation.

It is also likely that litigation costs at the UPC will be higher than the cost in a single national court.

Potential reasons to stay under the jurisdiction of the UPC

Conversely, there are potential disadvantages to opting out. These include that it may be advantageous for patentees wanting to enforce an EP in multiple jurisdictions (which includes a number of UPC ratified states) to stay within the jurisdiction of the UPC.

Furthermore, although there is no official fee for opting out, there will nevertheless be cost implications related to doing so. For example, it will be necessary to carry out due diligence before filing opt-outs (mainly to do with ownership, and entitlement to request the opt-out).

For patentees wanting to influence the development of case law at the UPC, clearly they need to be in the system to do so.

Finally, the UPC proceedings are intended to be faster than those before many of the national courts in the EU member states – so the UPC may provide a quick(er) resolution.

This is one of the most radical changes in European patent practice, so there will be many more questions and learning points. Further information can be found at https://www.boult.com/the-unified-patent-court-and-unitary-patents/ or by contacting upc@boult.com (if you are contacting us as a result of this article, please reference “The Patent Lawyer”). 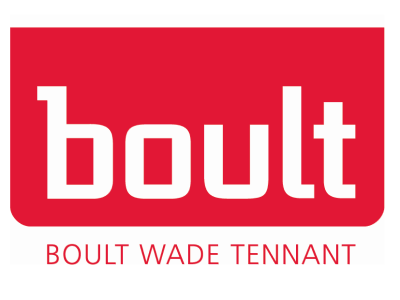