Europe’s new one-stop shop for IP enforcement – the Unified Patent Court – took a major step forward on Friday as 90 new judges began to be informed that their applications to sit on the court have been successful. Mathys & Squire, the leading intellectual property law firm, says that the Unified Patent Court is no longer a distant prospect but an imminent reality for businesses and inventors in the UK and across Europe.

The Administrative Committee of the Unified Patent Court received over 1,000 applications from judges across Europe. Of these, 90 have been selected to serve on the court.

The new court will serve as a single point of contact for litigation of IP infringement within participating countries – which could potentially save businesses thousands in legal costs.

After many years of delay, the Unified Patent Court is finally taking shape. First agreed in 2013 – but subject to numerous delays in domestic ratification – the court will soon clear one of its last major hurdles on the road to full implementation. 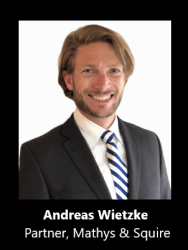 Andreas Wietzke, Partner at Mathys & Squire says: “The letters being sent out from now onwards will give the Unified Patent Court what a court needs most – judges. The UPC has been on the horizon for decades but now finally is taking shape.”

“UK & European businesses which have long been looking forward to a simplified and cost-efficient patent litigation system can now be increasingly confident that this is just around the corner.”

“Businesses now need to prepare for the UPC to become a reality and work out their strategy for maximising their IP protection across Europe.”

What is the Unified Patent Court?

The Unified Patent Court (UPC) is new European court which will have the power to enforce patents across the European Union. It will hear disputes between parties over infringement, validity and ownership of patents in Europe.

At present, without the Unified Patent Court (UPC), patents must be enforced across all EU states separately.

24 EU member states have signed up to it – every EU country except Spain, Poland and Croatia.

The UPC has been in planning since 2012. The court is expected to finally start operating early 2023. It is the biggest change made to the European IP system since the creation of the European Patent Office in 1977.

The court will be based in sites across Europe, with ‘central’ courts in Paris and Munich and an appeals court in Luxembourg. There will also be many more smaller regional courts.

Unitary Patents are the new EU-wide IP system, under which businesses can file patents across the 24 UPC countries.

Can UK businesses use the Unified Patent Court?

Yes, UK businesses looking to protect their IP in the 24 UPC countries will be able to use the court. The court will not cover the UK, so if a patent if being infringed here, a business will have to make a separate claim in the UK courts. Even though the UK has exited the EU, the UPC should lead to very substantial savings for UK businesses looking to enforce their IP across Europe.

What are the main pros and cons of the UPC?

PRO: The UPC should significantly reduce costs for businesses wishing to enforce their IP across Europe. The UPC means businesses will only have to make one legal claim to stop their patents being infringed across the whole of Europe and additionally collect damages. The cost of doing this will now be comparable to making a claim in a single country previously.

PRO: The cost of patent renewal fees in Europe will drop sharply for a lot of businesses. Now a patent can be renewed across Europe for 20 years for as little as £36,000. Previously, a business would have to spend up to £160,000 over the same period renewing that patent in individual countries – more than four times the cost.

CON: The lower cost of litigating in the UPC means some businesses may be encouraged to bring more speculative claims to attack competitors’ IP. Owners of valuable patents may need to defend more claims as a result.

The UK withdrew from the UPC since it is part of the European Court of Justice. That means if a business wants to make a claim to stop someone using their patent in the UK and Europe at the same time, it will involve two separate applications and two separate fees.

Why is it important for businesses to be prepared?

The UPC will affect all existing European patents. These will fall under the jurisdiction of the UPC and businesses will need to actively choose to opt their patents out of the system.

One reason they may wish to do so is if they usually only file patents in a handful of European countries, rather than across the whole continent. If a business only wants IP protection in one or two countries, renewing their patents separately in each jurisdiction is likely to be cheaper.

Andreas Wietzke, Partner at Mathys & Squire says: “The establishment of the Unified Patent Court is a huge change in IP protection and enforcement in Europe.”

“Businesses looking to protect and enforce their IP across the continent stand to save thousands in renewal and litigation costs, as well as reduced duplication and red tape.”

The firm has more than 70 qualified attorneys and offices in London, Paris, Munich, Luxembourg, Cambridge, Oxford, Manchester, Birmingham, Brighton and York as well as teams based in China and Japan.