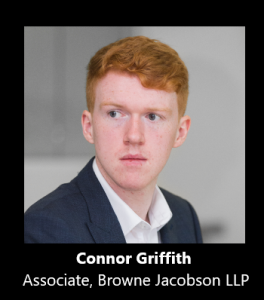 The Court of Appeal has held that an AI machine cannot be named as the ‘inventor’ of a patent, because it is not a ‘natural person’, and is therefore also incapable of transferring the right in that patent to a person.

The judgment, handed down on 21 September 2021, concerned patent applications in respect of inventions made by ‘DABUS’, an AI ‘creativity machine’ created by Dr. Stephen Thaler. Dr. Thaler, as the applicant for the patents, had listed DABUS as the inventor and himself as having the right to be granted the patents by way of his ownership of DABUS.

In December 2019, the IPO had deemed the applications to be withdrawn because Dr. Thaler’s statement of inventorship did not satisfy the relevant requirements.

Dr. Thaler’s appeal to the High Court was unsuccessful: Marcus Smith J interpreted the Patents Act 1977 as requiring that the inventor be a “natural person”, and held that DABUS would have been incapable of transferring the property right in the patent in any case.

Dr. Thaler appealed again to the Court of Appeal, where the majority of judges upheld the decision of the High Court.

All judges agreed that the 1977 Act had been “drafted on the footing that the inventor is a person … who actually devised the invention”. As “[m]achines are not persons”, machines have “no right to be mentioned as the inventor” on a patent. However, the court differed on the interpretation of section 13(2), which requires the applicant to:

Arnold LJ (with whom Laing LJ agreed) agreed that section 13 did not permit the Comptroller to evaluate the accuracy of the information supplied by the applicant, but held the applicant must still at least comply with the requirements of section 13. Dr. Thaler had not, held Arnold LJ, identified the “person or persons” whom he believed to be the inventor, as DABUS is a “non-person”; whether Dr. Thaler genuinely believed that DABUS was the inventor was irrelevant. Similarly, Dr. Thaler did not identify the derivation of his right to be granted the patent: he had simply stated that he was entitled to the patent by virtue of his ownership of DABUS, which Arnold LJ held was incorrect “as a matter of law”. The Comptroller had therefore been entitled to treat the application as withdrawn.

This case was not about the “glamour” (as Birss LJ put it) of questions such as whether AI-based machines can make patentable inventions. It was actually a case about the correct way to process patent applications.

Given that context, the decision is unsurprising: as stated repeatedly by the judges, the court must consider the “present state of the law”, rather than argue about “what the law should be”. Whether or not one believes machines ought to be capable of being named inventors, to account for recent developments in technology, UK patent law does not appear, in its current state, to provide such flexibility.

Alongside his applications to UK courts, Dr. Thaler has raised similar proceedings in various jurisdictions around the world, receiving mixed results. Although the European Patent Office previously rejected his application (links here and here), as did the US Patent and Trademark Office (link), Dr. Thaler’s applications have since been successful in Australia (link) and South Africa (link) (albeit it under different statutory

In light of the split judgment and Dr. Thaler’s partial success in other jurisdictions, it may well be that these questions are appealed further to the Supreme Court. 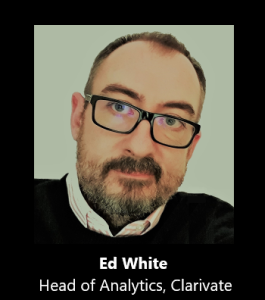 “Some may see the English and Welsh Court of Appeal’s decision as undermining the UK’s bold plans to lead the way on AI regulation, with the new AI Strategy and roadmap announced earlier this year and a consultation on protecting AI inventions currently in the works. The decision is likely to contribute to the international legal debate, with there certain to be some raised eyebrows at London Tech Week, which opened on Monday. What this decision really shows though is that harmonisation of IP regulation is still some way off, particularly when it comes to divisive issues such as the status of AI inventors.

“There was understandable excitement at the Australian and South African DABUS decisions but, with the Australian case going to appeal and now rejections at hand in the US and UK, AI champions have perhaps had a reality check. This being said, Judge Birss’ dissent from the ruling will provide those hoping for reform cause for optimism. Birss made clear in the judgment that because Dr Thaler believes DABUS is the inventor, the derivation of his right to be granted the patent should be allowed, concluding that “the fact that the creator of

the inventions in this case was a machine is no impediment to patents being granted to this applicant”. While Judge Birss’ views have not won out today, they do present a significant and notable dissent which may be drawn on in the future should similar cases reach the Court of Appeal or Supreme Court.

“Legal change takes time. But some form of change does still seem to be inevitable with the reality being that AI has fundamentally, and permanently, disrupted the invention process and playing an ever more central role in product design and development.” Richard Johnson, Chairperson and Partner in the Engineering team at Mewburn Ellis, commented:

“The result of the judgement is that the UKIPO are correct to object to applications that do not name a human inventor.  It seems increasingly likely that a change in the wording of the statute would be needed in order to either recognise the contribution of an AI system or clarify which person should be deemed inventor where an AI system is involved in the creation of an invention.  The judgement makes plain that had Dr Thaler declared himself inventor on these cases, they would likely have proceeded through the system without a hitch.  So from a practical perspective, where inventions are made using AI-based tools, applicants remain well advised to name the humans involved in the project as inventors in order to obtain patents.

“The judgement of Birss LJ gives a view into an alternative universe in which patent applications naming AI systems as inventors can pass through the UKIPO but potentially be vulnerable to later attack on the grounds of entitlement.  In this universe the battleground for AI-generated inventions would be focussed on who is entitled to own an invention rather

than the nature of the inventor.  It shows perhaps that there might be a path that enables the contribution of AI to be recognised, and indeed suggests the possibility that the existing rules on patent entitlement may provide a framework to ensure that AI-generated inventions end up with the correct ownership.” 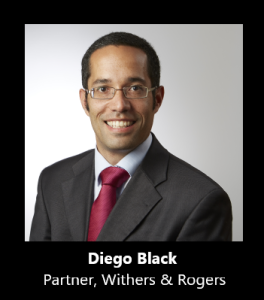 “This decision is as expected, but research scientists and innovators now believe there is growing momentum for legislative change in this area.

“The background to this case is that Dr Stephen Thaler, the creator of an AI system known as ‘DABUS’, is claiming that the DABUS system should be the named inventor of two patent applications submitted to the UK Intellectual Property office (UKIPO) – GB1816909.4 and GB1818161.0. The applications were rejected by the UKIPO, in a decision dated 4 December 2019, on the basis that the Patents Act requires that an inventor be human. Furthermore, the UKIPO stated that as a machine does not have legal personality it is incapable of owning rights to an invention in the same way a human inventor might. This decision was upheld by the UK High Court. In taking the case to the Court of Appeal, Dr Thaler and Professor Ryan Abbott, an academic with a special interest in this topic, were hoping to overturn the UKIPO’s decision, on the basis that in their view the sole inventor was DABUS and it was incorrect to name a human as inventor.

“The problem is that whilst some people might agree that AI systems are capable of coming up with novel solutions to problems that their owners may not have considered, the UK Courts and the European Patent Office currently state that inventors must be a ‘natural person’. Machines are not recognised as having a legal personality because they are not human and, therefore, they cannot own property. This raises a further issue as the rights to a patent normally belong to the inventor, or their successor in title. However, if a decision were made to allow a machine to be named as inventor, ownership of these rights would be thrown into question.

“As systems continue to develop, and the need for human input diminishes, it seems inevitable that the current criteria for assessing inventorship will need to be reassessed to take into account the greater role the machine plays in the invention process. However, a decision to change the law to allow a machine to be named as a patent inventor would require significant consideration as it would bring into question large swathes of legislation affecting

“Companies investing in the development of systems such as neural networks to support R&D projects, or come up with new ideas for unsolved problems, need to be certain that they will own any outputs. For the time being at least, they can rest assured that the machine’s owner holds all the cards.”