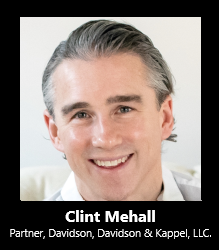 The USPTO is a unique government organization in that its size is something that is not an issue of partisan contention.  The purpose of the patent side of the USPTO – to encourage innovation – is generally encouraged by both sides of the aisle.  Public debate surrounding patents usually focuses on whether a patent should or not have been issued, and how difficult, expensive and/or time consuming it should be to invalidate “bad patents.”

This debate has become even more contentious since the passing of the AIA to challenge granted patents and the Supreme Court decision in Alice v. CLS Bank restricting the scope of inventions that are eligible for patent protection.

Over the past decade, in response to complaints about specific patents that many think should not have been granted, the USPTO has often promoted a goal of granting “high quality patents.”  That language has recently switched to “robust and reliable patents.”

Despite all the lip service paid to improving the patents issued by the USPTO, it is my understanding that they have never considered examiner analytics as a metric to guide the examiner corps.   In my opinion the most straightforward way to get (insert some aspirational standard) patents is to use examiner analytics to monitor examiners in efforts to equalize chances for receiving a patent. Two competitors with similar technology should not have different difficulties in getting patents solely based on the examiner assigned to the application.

You can do this exercise with any art unit, and there is a large discrepancy between examiners.  Regardless of what point along the scale of easy to difficult is selected for patentability, it should be pretty much the same for competitors.  An art unit should not have examiners whose allowance rates vary by such large percentages.

To me, this is one of the biggest flaws within the US patent system, and I would encourage the USPTO to reign in examiners that are on opposite ends of the spectrum.

For example, on one end of the spectrum, examiners could be further trained on obviousness case law.  Obviousness, which is often the determinative issue for patentability, is inherently subjective.  However, case law has plenty of guardrails to limit hindsight bias analysis and examiners who have too low of allowance rates in comparison to others within the art unit should retrained on the legal limits of obviousness.  On the other end of the spectrum, examiners with really high allowance rates could undergo further search training.  Examiners who cannot find the best prior art would seemingly tend to have higher allowance rate.

There’s enough uncertainty in filing a patent application, rolling the examiner dice shouldn’t be a further layer of unpredictability.

Maybe the next catch phrase should be “equally robust and reliable patents.”