The perils of ChatGPT for inventors

OpenAI’s latest chatbot, ChatGPT, undoubtedly produces some seriously impressive results. Indeed, it’s often difficult to tell, at first glance, that the text was generated using a chatbot. However, the internet (and particularly my LinkedIn feed) has been awash over the last week with examples of situations where, whilst ChatGPT’s output is fluent and coherent, it’s also just plain wrong. Many politicians make careers out of hiding an inaccuracy due to how coherently they convey the inaccuracy.

Relatedly, it is common for inventors to try to reduce the costs of writing a patent application by wanting to help do part of the work. Often, efficiencies can be realized where the inventor produces some parts of the application and drawings themselves, and/or where an invention disclosure form is used.

As any patent attorney will know, there is rarely anything less likely to save money than an inventor who has written their own claims and wants their patent attorney to “just quickly review and file them”. Whilst I applaud the intention of such inventors, I also know that I have rarely been able to “just quickly review and file” such inventor-written claims.

It does not seem to be such a great leap to imagine an inventor asking ChatGPT to draft a patent application for their invention (or even just a claim set), and promptly handing that to their patent attorney as a useful starting point, or just to check and file. I am generally against this being in most inventor’s best interests for several reasons:

Despite all of this, I remain convinced that AI engines such as ChatGPT will have huge positive impacts on many aspects of my work over the next few years, improving the efficiency and effectiveness of my practice and advice. It is an exciting time.

Finally, this would not be an article about ChatGPT without a quote. Here is the result of my request for an introduction to an article about the risks of inventors using ChatGPT to write a first draft of their patent claims: 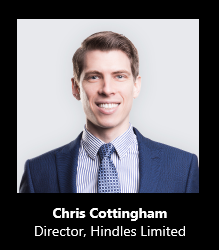 “The use of artificial intelligence has become increasingly common in a variety of fields, including the world of patents. Some inventors may be tempted to use large language models, such as ChatGPT, to write the first draft of their patent claims in an effort to save money on attorney fees. However, this approach may actually end up costing inventors more in the long run. In this article, we will explore the reasons why

using ChatGPT to write patent claims is a risky and potentially costly decision. We will also offer some advice on how inventors can effectively collaborate with their attorneys to create strong and defensible patent claims.”

So, am I out of a job? Not yet, but I may need to work harder to convince clients of that answer.

Chris Cottingham is a Director of Hindles Limited, a firm of Patent and Trade Mark Attorneys in the UK. Chris advises clients on IP strategy, specializing in UK and European patent drafting and prosecution for mechanical engineering, control systems, consumer products, and computer software, as well as registered designs 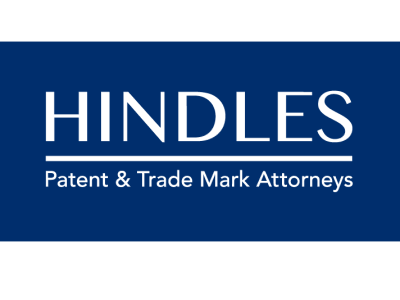