The effects of erroneous prior art disclosure on an invalidity challenge

An invalidity challenge to a claim may not rely upon an erroneous portion of a prior art disclosure if the error would have been apparent to one of ordinary skill in the art.[1]  This article examines the current state of the law on determining whether an error in a prior art disclosure is obvious in view of the latest opinion from the U.S. Court of Appeals for the Federal Circuit: LG Electronics v. ImmerVision Inc.[2]

The In re Yale Standard for Determining an Apparent (Obvious) Error

If a typographical error would be apparent to one of ordinary skill in the art who would mentally disregard the error as a misprint or mentally substitute the error with the correct information, the error will be treated as such and will not constitute a prior art disclosure for purposes of determining patentability.[3]  This is commonly referred to as the In re Yale standard, where the U.S. Court of Customs and Patent Appeals, the predecessor to the Federal Circuit, determined that the listing of CF3CF2CHClBr in a prior art reference was an obvious typographical error of CF3CHClBr and therefore the prior art did not actually disclose CF3CF2CHClBr to one of ordinary skill in the art.[4]  In reaching this conclusion, the court determined that there were clear inconsistencies between figures and tables in the prior art, supported by an expert affidavit that the listing of CF3CF2CHClBr would be recognized as an obvious typographical error.[5]

The application of the In re Yale standard is fact specific and may depend on whether the error is critical to the particular invalidity analysis.

Another case reached the opposite conclusion, however, with respect to the same prior art cited in Garfinkel.[10]  In Corning Glass Works v. Brenner, the challenged claims relate to a glass containing 5-25% Al2O3, among other elements,[11] and the prior art disclosed a glass having 5.12% Al2O3, which was an error.[12]  There was substantial evidence supporting the claims’ non-obviousness including commercial success and unexplainable results.[13]  The court held that the Patent Office’s reliance upon the error resulted in the Office reaching a conclusion inconsistent with other evidence of non-obviousness.[14] The Patent Office’s acceptance of the error as a disclosure was therefore improper.[15]

The dispute in LG Electronics was whether LG could rely on a transcription error in a prior art patent to invalidate ImmerVision’s patent claims.[16]  In applying the In re Yale standard, the court found the transcription error to be “an obvious error of a typographical or similar nature” that, as a result, cannot disclose the subject matter.[17]

The patent claims at issue relate to a panoramic lens that compresses the center and edges of an image and expands an intermediate portion of the image.  LG had petitioned the Patent Trial and Appeal Board (PTAB) to invalidate these claims based upon a U.S. patent (Tada). Tada describes four embodiments of a general lens system.  Each embodiment involves a set of optical parameters.  LG relied on the third embodiment in Tada’s Table 5 to render obvious the claims at issue.  However, through the course of expert discovery, ImmerVision’s expert discovered that Table 5 had erroneous information.  In response, ImmerVision argued that Table 5 cannot form a basis for obviousness.[18]

The PTAB found the aspheric coefficients in Tada’s Table 5 to be an obvious error that one of ordinary skill in the art would have recognized and corrected.[20]  And because the correct aspheric coefficients in Table 5 of the Japanese Application, if relied upon, would not satisfy the language of the claims at issue, the Board ruled that the petitioner failed to meet its burden that the claims at issue would have been obvious.[21]

On appeal, the majority of the Federal Circuit affirmed.

The majority reaffirms the In re Yale standard:

Part of the majority’s reasoning is that such an error should not prevent a true inventor of the claimed subject matter from getting patent protection.[23]

Judge Newman dissented in part.[26]  She agreed with the majority that the In re Yale standard is the correct standard to apply. She, however, disagreed that the error was typographical or similar in nature because the error, unlike a spelling mistake, was not apparent to the reader and recognizing it required hours of experimentation and calculation.[27]  Further, without discovering the Japanese foreign document, the correct information would not be readily apparent.[28]  Therefore, unlike the erroneous chemical compound in In re Yale, the error here was not one that is readily recognized as an error.[29]

In view of the In re Yale standard as applied in LG Electronics, patent applicants, owners, and petitioners should be aware that an error of a “typographical or similar nature” may include errors that are not-so-easy to recognize.  Further, the time and effort to discover the error is only one factor in the analysis.  Reviewing the earlier cases discussed above, other factors may include how critical the error is in the invalidity analysis and whether reliance upon the error would lead to a conclusion inconsistent with other evidence of patentability. 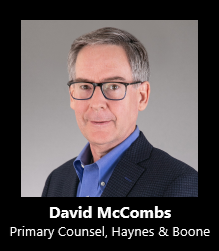 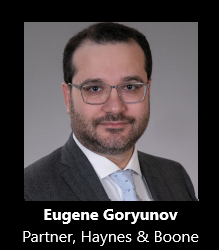 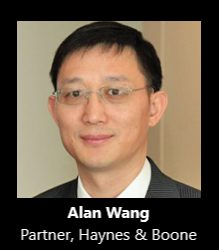 [11] Many aspects of the claims are different from those in Garfinkel.

[30] This article reflects only the present personal considerations, opinions, and/or views of the authors, which should not be attributed to any of the authors’ current or prior law firm(s) or former or present clients. 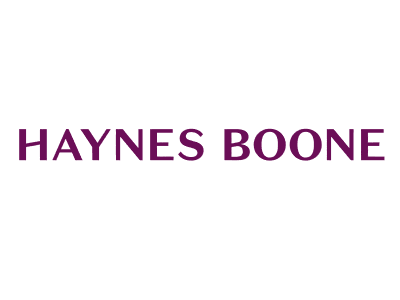