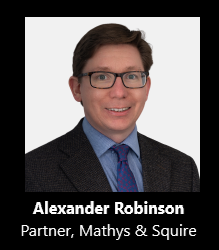 The Unified Patent Court (UPC) – which is expected to launch in April 2023 – will have jurisdiction not only for patent litigation, but also for litigation involving supplementary protection certificates (SPCs) issued for medicinal products and plant protection products. The types of patents for which the UPC will have jurisdiction are well-defined, but analysis by Mathys & Squire’s SPC team has identified some areas of uncertainty when it comes to SPCs.

These uncertainties relate particularly to SPCs which are in force at the launch date of the UPC, and potentially also to SPCs which were previously granted but which are no longer in force by that date. As such, these uncertainties are likely to be especially relevant during the early years of the UPC’s operation, and should be taken into account by SPC holders when deciding whether to opt their SPCs out of the UPC’s jurisdiction.

A brief summary of the problems is set out below. For those who are interested in the legal position, a more detailed analysis of the problematic provisions in the UPC Agreement and Rules can be accessed here.

The problems in brief

Due to a discrepancy in how the UPC Agreement (UPCA) defines the jurisdiction of the UPC with respect to patents vs. its jurisdiction with respect to SPCs, there is a lack of clarity over whether the UPC will have jurisdiction over SPCs which are in force on the date when the UPC officially opens its doors, i.e. where the underlying ‘basic patent’ has expired; and whether the UPC will have jurisdiction over SPCs which have ceased to have effect prior to that date (e.g. for retroactive assertion of those SPCs against historical infringements and/or for retroactive invalidation of those SPCs, subject to any applicable limitation periods).

If the UPC does have jurisdiction over SPCs in such circumstances, there is also a potential discrepancy between the UPCA and the Rules of Procedure of the Unified Patent Court which renders it unclear whether, using the mechanism provided under the current Rules, such SPCs can be opted out of the UPC’s jurisdiction during the ‘sunrise period’ of three months before the UPCA enters into force or during the ‘transitional period’ of at least seven years which will follow (Articles 83(1) and 83(3) UPCA). In essence, it is unclear whether the Rules as currently constituted are appropriate to implement the opt-out procedure in respect of such SPCs.

In brief, this is because under Rule 5.2 the route to opt out an SPC is to opt out the underlying patent. Although Rule 5.1permits opt-outs to be registered for “expired” patents, it is not clear whether this rule can be applied to patents which expired prior to the entry of the UPCA into force. One interpretation suggests that Rule 5.1 can only apply to patents which would otherwise have been within the UPC’s jurisdiction before their expiry, i.e., patents which expire after the date on which the UPCA enters into force. Under this interpretation, a situation potentially then arises in which the UPC has jurisdiction via Article 3(b) over SPCs based on patents which expired prior to entry into force of the UPCA, but those SPCs cannot be opted out using the mechanism provided under the current rules.

In this context it may perhaps be relevant that Article 3(c) employs the term “lapsed” to refer to patents which are not in force, whereas Rule 5.1 employs the term “expired”. If these terms are intended to differ in scope, this could potentially offer a solution to the opt-out problem identified above – but with possible ramifications for the UPC’s jurisdiction over lapsed or expired patents, which are explored further in our detailed analysis.

As a further point of uncertainty, if the UPC does have jurisdiction over SPCs which are no longer in force when the UPCA enters into force, it is unclear how far back that jurisdiction might extend. This is due to a lack of harmonization of limitation periods in the national laws of participating states, and the lack of a uniform statute of limitations in the UPC legal texts. This creates uncertainty surrounding the possibility of retroactive UPC litigation concerning such SPCs.

As there are several possible ways of interpreting the provisions of the UPCA and Rules relating to SPCs, it seems quite possible that the UPC itself will be asked to decide on the correct interpretation if a suitable case is brought before it in its early years.

Although it is unclear whether expired SPCs and/or those which are in force when the UPCA enters into force will as a matter of fact fall under the UPC’s jurisdiction, the factors which we have identified above may play an important role when considering whether or not to seek to opt such SPCs out of the UPC’s jurisdiction.

SPC holders who are averse to the prospect of centralized revocation through the UPC may wish to take a precautionary approach, despite the uncertainties above, and attempt to lodge opt-outs in respect of the patents underlying such SPCs using the mechanism presently provided by the Rules, in order to opt the SPCs out of the UPC’s jurisdiction. 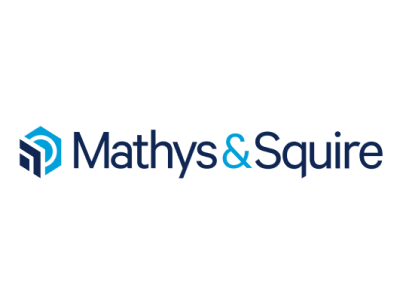