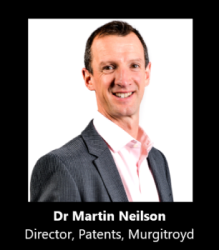 A new solid electrolyte could be the key to unlocking the true potential of electric vehicles and so much more. Developed at the University of Waterloo, it ticks many of the crucial boxes for battery performance and longevity. Here, battery technology patent expert Dr Martin Neilson explores the nature of battery innovation and ponders how this new breakthrough could herald a new dawn for battery technology.

Wet (liquid) electrolyte Li-ion batteries have been used for decades and lately used extensively in electric vehicles (EVs), as well as both domestic and commercial energy storage. However, it’s widely accepted that they have severe limitations due to their flammable electrolytes (which raise concerns of fire and explosion) and low to moderate power density.

The rise of solid-state batteries and role of the electrolyte

Primarily in response to these concerns, solid-state electrolyte batteries have attracted significant attention. Solid-state electrolytes can be divided into organic systems, solid polymer systems and composite polymer electrolytes. Significant patent activity has been seen across all three material types, as innovators race to develop a solid medium that satisfies all important performance characteristics, including:

A breakthrough in solid-state battery technology

Recently, researchers from the University of Waterloo (Canada) developed a solid electrolyte based on a spinel structure that ticks several of the above boxes.

The electrolyte comprises lithium, scandium, indium and chlorine, and has been demonstrated high lithium-ion conductivity while preventing passage of the electrons. The researchers claim this combination is vital to create an all-solid-state battery that functions without significant capacity loss for over a hundred cycles at high voltage (above 4 volts) and thousands of cycles at intermediate voltage.

It seems that the team has taken the smart step of protecting its development (via patent application WO 2021/198183 A1, filed March 2021). The International (PCT) application is focused to a solid electrolyte for energy storage, based on a crystalline solid material which mainly consists of a single spinel phase. The application describes a spinel structure with a disordered lithium-ion distribution over available tetrahedral and octahedral sites within the lattice. Interestingly, it also includes BASF SE and University of Waterloo as co-applicants.

The co-ownership of potential patent rights does prompt interesting commercial questions — one key point being that most territories impose commercialisation restrictions on co-owned rights, which could pose an issue if the technology is to be widely used. Hopefully, the co-owners have a well-prepared co-ownership agreement that clearly establishes their commercial obligations and responsibilities.

In any event, it’s the success of the technology that is of critical importance. If this new spinel structure does provide a solid pathway to a high-performance solid-state lithium-ion battery, all co-owners will be well-placed to maximise their commercial position, having taken the important step of protecting the intellectual effort, development time and cost via a patent application.

For questions about protecting battery innovations with IP rights, connect with Martin on LinkedIn to arrange a free initial chat about your technology.