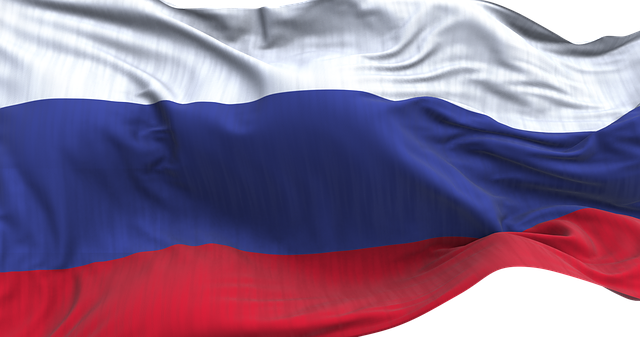 No doubt that before commencing the full-scale war against Ukraine Russian leadership had considered tons of possible scenarios for the war development. Inter alia, they could reasonably expect numerous economic sanctions, restrictions, and heavy isolation from the Western World. And it seems like they were ready and well prepared to lose a lot of their achievements regarding the integration into a global economy, including the IP protection.

From the very beginning the international reaction to the Russia’s aggression was clear. On March 1, 2022, the European Parliament overwhelmingly approved a resolution condemning the Russia’s war against Ukraine, demanding the withdrawal of all troops from Ukrainian territory. On March 2, 2022 the UN General Assembly adopted the resolution demanding that Russia “immediately, completely and unconditionally withdraw all of its military forces from the territory of Ukraine within its internationally recognized borders”. On March 16, 2022 the UN’s International Court of Justice in The Hague ordered “the Russian Federation shall immediately suspend military operations that it commenced on 24 February 2022 in the territory of Ukraine”.

Notwithstanding the foresaid, the military actions were continued by Russia. As expected, tough economic sanctions, including in the technology, financial and trade spheres, followed. Paramount majority of foreign businesses either quitted Russia or stopped their investment thereto.

In response to the sanctions, Russian government has already taken a number of “unfriendly” measures, inter alia, towards IP assets of foreign right holders.

(1)          In March 2022 Russia amended its Civil Code and allowed the cases of unauthorised use of patents held by right holders from the “unfriendly” foreign countries, and without paying any compensation. This may be deemed a violation of a fundamental principle of assimilation under the Paris Convention.

(2)          Recently Russian persons, comprising the Russian state, regional state authorities, municipalities and Russian residents, have been instructed by the government to make payments for the use of IP to foreign right holders (including penalties, fines and other payments) by transferring funds in rubles to a special bank account opened in the name of a foreign IP right holder.

(3)          The draft law has been introduced to the Russian parliament to prohibit unilateral modification/termination of licensing agreements with legal entities and entrepreneurs from the “unfriendly” foreign countries and international organizations.

(4)          Russian attorneys report that some Russian judges are now explicitly asking why the IP of international companies, including trademarks and copyright, deserve protection.

Below are just few examples of the recent Russian jurisprudence in IP matters:

Case No. A84-453/2022 ABRO Industries, Inc. & Avtobibika LLC vs individual entrepreneur Yakushev: “On February 28, 2022 the Presidential Decree No. 79 was issued … Taking into account the restrictions imposed on the Russian Federation and the plaintiff’s status (the plaintiff’s domicile is in the USA), the court considers the plaintiff’s actions aimed at receiving compensation (given the inability of Russian residents to receive analogous compensations in the USA due to unfriendly actions of the USA and International organizations), as an abuse of right, which is in itself a basis for dismissal of the claim.”

Case No. A82-11930/2021 Entertainment One vs Kozhevnikov (PeppaPig) re compensation for trade mark infringement: the claim was rejected based on the US and UK sanctions against Russia.

According to the Russian attorney, the case was dismissed because UK falls into the “unfriendly” camp. When Entertainment One asked for compensation, an arbitration court in Russia ruled that granting such a demand was “an abuse of right”. As media reports, a higher court rejected the appeal.

Moreover, for almost a decade Russia has been failing to enforce decisions of the Court of Justice of the EU, which makes it almost impossible to enforce IP rights in Russia through any judicial instance.

There is not much surprise that Russian government and the society can so easily give up on their achievements in the IP sphere. In essence, they have always strongly opposed to the Western World and its values, emphasizing their cultural and ideological differences which affects politics, economy and many other aspects. Thus now, at the decisive moment, IP is either ignored or used as an instrument for the war, clearly demonstrating future strategic risks to the foreign right holders in Russia.