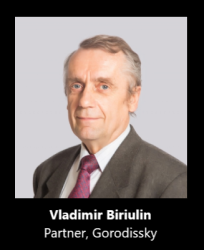 The last couple of months have seen a number of publications alleging that protection of intellectual property in Russia does not exist any longer. This is not true and interested persons may be referred to several of our publications describing the real run of things at:

There is yet another category of doubtful information spread in the media. After some western companies left Russia in accordance with sanction-wise policy, publications appeared telling that Russian applicants filed applications for the known brands, such as McDonald, IKEA, etc. This is true. But, conclusions made because of such information are wrong. The publications that may be seen on the Internet assert that above applications are “approved” by the patent office. The number and scope of publications prompted Rospatent to join the discussion and issued its own clarification with regard to such filings.

Rospatent clarified that the base for wrong publications and conclusions was information published on the official Rospatent’s site. In this connection Rospatent states that it is obliged to publish trademark applications in its official bulletin in order to empower the interested person to provide their observations on the claimed designations. The only meaning of the publications of the applied designations is to inform the public that such an application has been filed on such and such date and that a filing number has been assigned to it. This does not mean automatic registration of the trademark. The trademark applications are subjected to formal and substantive examination after which they be either rejected or accepted for registration.  An earlier existing registration of identical or similar trademarks will be a bar to registration of another claimed designation as a trademark.

One of widely discussed applications for Uncle Vanya with a McDonald rotated trademark was withdrawn by the applicant after two weeks from filing. It may be expected that other similar applications will be either withdrawn by applicants or rejected by Rospatent.