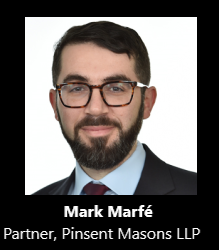 The High Court’s decision has resulted in a 3:3 split with two competing approaches to the patentability of computer-implemented inventions. The majority found that inventions that are not directed to a ‘manner of manufacture’ (i.e. a mere scheme, abstract idea or business method) are not patentable inventions.

IP Australia have advised that they are considering the decision and its implications but that at this stage the Commissioner’s practice “…will remain to consider that a claimed invention will not satisfy the requirements for manner of manufacture … if it is merely directed to the implementation of an otherwise unpatentable idea in conventional and well-understood computer technology.” 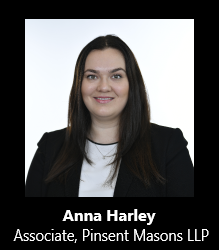 Background to the decision

The dispute before the High Court concerned four innovation patents filed by Aristocrat Technologies Australia, an electronic gaming machine manufacturer, in 2015, for a system and method for providing a feature game – a secondary game that users of the machine can access after the occurrence of a defined “trigger event” in the base game. Such electronic gaming machines are commonly found in venues such as casinos, hotels and clubs and are a modern form of a poker or slot machine.

In Australia, innovation patents must meet the criteria for patentability set out in Section 18(1A) of the Patents Act 1990 (Cth). As well as requiring that the invention as claimed is novel, involves an inventive step and is useful, the criteria further stipulate, among other things, that it must be “a manner of manufacture”.

In examining Aristocrat’s patent, the Commissioner of Patents determined that “the substance of the invention was nothing beyond the games and the game rules of gaming machines”, according to the High Court’s judgment. The Commissioner also found the claimed invention made “no technical contribution to the art”.

Aristocrat successfully appealed the commissioner’s decision before a single judge at the Federal Court of Australia. However, a subsequent appeal before the Full Court of the Federal Court by the Commissioner reinstated the original decision on revocation. Aristocrat appealed to the High Court of Australia pursuant to a grant of special leave. The appeal was heard in June 2022. For the purposes of the appeal it was agreed that the specification of one of the patents was sufficiently similar to the others so that it could be used to assess all four.

A panel of six judges heard the case before the High Court. There was unanimous agreement from the judges that section 18 of the Patents Act imposes a threshold requirement that there be an invention and that the only question in assessing whether a manner of manufacture exists for claimed innovation patents under section 18(1A), or section 18(1) in respect of standard patents, is whether there is ‘a manner of manufacture’ within the meaning of section 6 of the Statute of Monopolies. The Court stated that the terminology of “manner of manufacture” is to be treated as “a concept for case-by-case development” applied in accordance with common law methodology.

In considering whether the claimed inventions were patentable subject matter, the panel was evenly split on the proper characterisation of the invention.

Kiefel CJ, Gageler and Keane JJ would have dismissed the appeal, on the basis that the only thing differentiating the claimed invention from the common general knowledge was the unpatentable idea of the feature game.

Gordon, Edelman and Steward JJ would have allowed the appeal, characterising the invention as an electronic gaming machine incorporating an interdependent player interface and a game controller which included feature games and configurable symbols. In their view, that operation involved an artificial state of affairs and a useful result amounting to a manner of manufacture.

Importantly, Gordon, Edelman and Steward JJ said: “The question of whether a claim, as properly characterised, is the proper subject matter of a patent should not be deconstructed to require, separately from the general principles of patentability, consideration of whether the subject matter is ‘computer-implemented’.”

By virtue of the Australian Judiciary Act 1903 (Cth), the split ruling means the decision of the earlier decision of the Full Court of the Federal Court of Australia stands and Aristocrat’s appeal was dismissed. Therefore, the patents were found not to comprise patentable subject matter.

The evenly split decision means that this decision does not provide the level of clarity hoped for in relation to the patentability of computer-implemented inventions in Australia. However, it does highlight the importance of identifying the technical contribution to the art when drafting and prosecuting a patent specification for computer-based inventions, as this will be central to how the invention is characterised and ultimately to whether it is considered patentable. 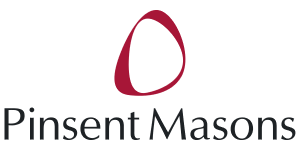