Race to secure patents on expanding range of commercial uses

There have been a record 9,973 global patents related to blockchain filed in the past year*, up from 3,810 two years earlier, shows new research carried out by leading intellectual property law firm Mathys & Squire. 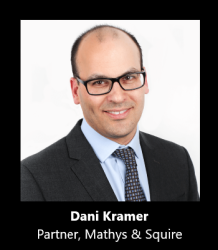 Blockchain technology has the potential to help make supply chain data more reliable and up-to-date. The technology could help eliminate counterfeiting and trace the movement of goods within the supply chain. Possible applications include secure event ticketing and validating ethical supply chains – from organic food to conflict-free diamonds.

Dani Kramer, Partner at Mathys & Squire says: “Blockchain has the capacity to revolutionise sectors as diverse as insurance, healthcare and urban planning. The race to capture new commercial applications is the driving force behind R&D and patent filing in this area.”

“Cryptocurrency is just one element of blockchain technology. It’s a misconception that blockchain is only applicable to cryptocurrency trading or NFTs in the art market.”

Beyond blockchain’s more well-known applications, Mathys & Squire’s research reveals technology for many other potential uses of blockchain has been patented in the last year, including:

Mathys & Squire says another key area of innovation in the last year has been to make core blockchain technology greener after criticism of its carbon footprint. In 2019, Bitcoin mining consumed as much energy as the Netherlands**. Earlier this year Elon Musk u-turned on accepting Bitcoin as payment for Tesla vehicles over environmental concerns.

Efforts to make blockchain greener have focused on cryptocurrencies, with alternatives to energy-intensive ‘proof of work’ system of verifying transactions. Proof of work uses so much energy because to verify crypto transfers it requires computers to solve increasingly complex mathematical problems.

Dani Kramer says: “While the environmental impact remains a concern, crypto developers are already coming up with ways to reduce the carbon footprint of cryptocurrencies. Other blockchain applications, for example in the field of energy efficiency, already hold the potential to reduce emissions.”

The majority of blockchain patents for the last year (5,714 – 57% of the total) were Chinese in origin. The US came in second place, with 1,729 (17% of the total). 53 patents originated in the UK – just 0.5% of the global figure. Major filers for 2020-21 include insurance company Ping An, Chinese payment platform Alipay and US technology company IBM.

The firm has more than 60 qualified attorneys and offices in London, Paris, Munich, Luxembourg, Cambridge, Oxford, Manchester, Birmingham, Brighton and York as well as teams based in China and Japan.