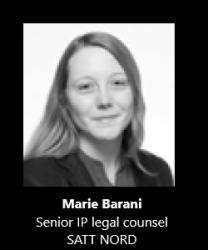 While patents are often seen as a costly and long-term investment, patents in fact support academic R&D activities, bring universities closer to the market and increase their visibility.

At a time where public resources are scares and the application process for public grants more and more competitive, patents provide a tool to enable Open Innovation and commercial R&D funding. Researchers’ expertise publication may attract commercial research funds. Still, in some sectors like life sciences, the absence of patents or an academic background in IP may lead a potential commercial partner to refuse financing a collaborative project.

Why? Because investments in R&D, especially in the medical field, are long, expensive, risky and subject to heavy regulation. Therefore, in the event that the research does not lead to commercially exploitable results, at least patents offer a sort of “security” to the investments made by the commercial partner. Holding patents also shows companies that universities take their technology and intellectual property seriously and account for commercial applications.

Beyond providing support to research activities, patents transferred to the industrial world increase the visibility of a university and strengthen the link between the academic world and the market. By licensing out their patents, universities rely on a commercial partner to make their technology available to consumers. In particular, when licensed to start-ups, patents offer them a pillar to attract investors and potential collaborators. They may even increase the value of the start-up in an M&A process. And licensing revenue generate potential returns on investments or resources that can be reinvested in further R&D activities.

However, one weak point when it comes to academic patents relates to their enforcement.

If a university is not able to enforce its patents against infringers, its relationship with commercial partners may be weakened. Indeed, a potential licensee expects its licensor to sue infringers. If that is not the case, then the licensee faces two choices: either stop paying for the technology, as others are able to exploit it without compensation, or initiate litigation at its own costs. The latter alternative may then be used as a trigger to request a royalty rate reduction. Such situations may worsen the licensor-licensee bond and push commercial entities to avoid any collaboration or license with a partner that does not protect its technology and licensees.

The action initiated by University of Pennsylvania against four Genentech’s breast cancer treatments for the infringement of one of its patents[1] demonstrates that some universities see patents as something more than just a R&D or licensing foster tool: they offer commercial opportunities, sometimes to be exploited offensively. Similar actions were launched in the past not by universities but by public research centers, such as CEA in against Samsung and other LCD screen manufacturers in 2004, and Fraunhofer, as member of the MPEG LA pool, involved in infringement suits relating to its AVC/H264 SEPs.

The effective exploitation of patents across the whole innovation cycle, from R&D to licensing, enforcement and M&A procedures, by universities and public laboratories, requires a patent strategy addressing all those aspects on the long, not just short term. It means identifying key assets, knowledge and expertise, investing in the technology long-term, accepting financial risks and losses, and educating as well as training employees and students on intellectual property.

At a time where some countries intend to reinforce their technology leadership and aim for technological sovereignty, commercial opportunities offered by public patents cannot be ignored. This requires a strong tech transfer ecosystem, where patents exploitation is not limited to attracting public or commercial funds and bringing licensing deals, but also considers the need for enforcement and provides support thereto.

If universities want to be seen as a trustworthy partner by commercial entities, they cannot build up a patent portfolio without involving long term costs and ignoring potential infringers.