Patent applications in Europe are growing, but not from UK

The volume of patent applications filed by UK businesses in Europe fell slightly for the second year in a row in 2021, in part due to a pandemic-related hangover in R&D activity affecting some industry sectors, according to fresh data published by the European Patent Office (EPO).

According to the Patent Index Report 2021, patent applications made by UK businesses to the EPO last year fell by 1.2% to 5,627, down from 5,698 in the previous year. This dip was recorded despite an overall increase in the volume of European patent applications, which rose to a new record level of 188,600. However, Withers & Rogers believes the overall outlook is more positive than it might seem for UK-based innovation.

“The pandemic has continued to have a considerable impact on the performance of many businesses over the past year. For some this has resulted in a slowdown or pause in innovation activity. However, for UK-based businesses in sectors such as consumer goods, medtech, computer technologies, biotechnology, pharmaceuticals and transport, innovation activity has remained strong.”

In fact, consumer goods manufacturers and transport businesses were both responsible for sharp increases in European patent filing activity in 2021 – the volume of patent applications made to the EPO from these sectors of UK industry rose by 55.5% and 31.6% respectively. The third biggest growth in European patent applications came from the pharmaceuticals sector (11.9%).

From a global perspective the growth in patent filings made to the EPO in 2021 is further indication that global economies were enjoying a post-pandemic recovery, despite many sectors being affected by ongoing supply chain disruption. Much of the growth was fuelled by filings from China (+24%) and the US (+5.2%). Patent filings from Chinese companies, in particular, have continued to climb steeply, more than quadrupling in the past decade. Applications from South Korea were also up in 2021 (+3.4%), while Japan experienced a slight drop in filings (-1.2%).

“China has excelled in terms of its approach to sponsoring innovation activity in recent years and the country has gained the respect of investors and businesses in the West. The Chinese Government’s focus on intellectual property has created a platform for enterprise that has led to the emergence of some highly successful entrepreneurial businesses.

“We can achieve something similar here in the UK, if Government gives greater focus to incentivising R&D activity and promoting intellectual property ownership. It is significant that one in five patent applications made to the EPO by European businesses came from individual inventors or small and medium-sized businesses (with fewer than 250 employees). More innovation incentives at this level could make a big difference to the UK economy.

“The UK Government has confirmed its vision to make the UK a global hub for innovation by 2035 and there is an opportunity to invest further in SME-led innovation activity through bodies such as Innovate UK and by supporting other research led initiatives.” 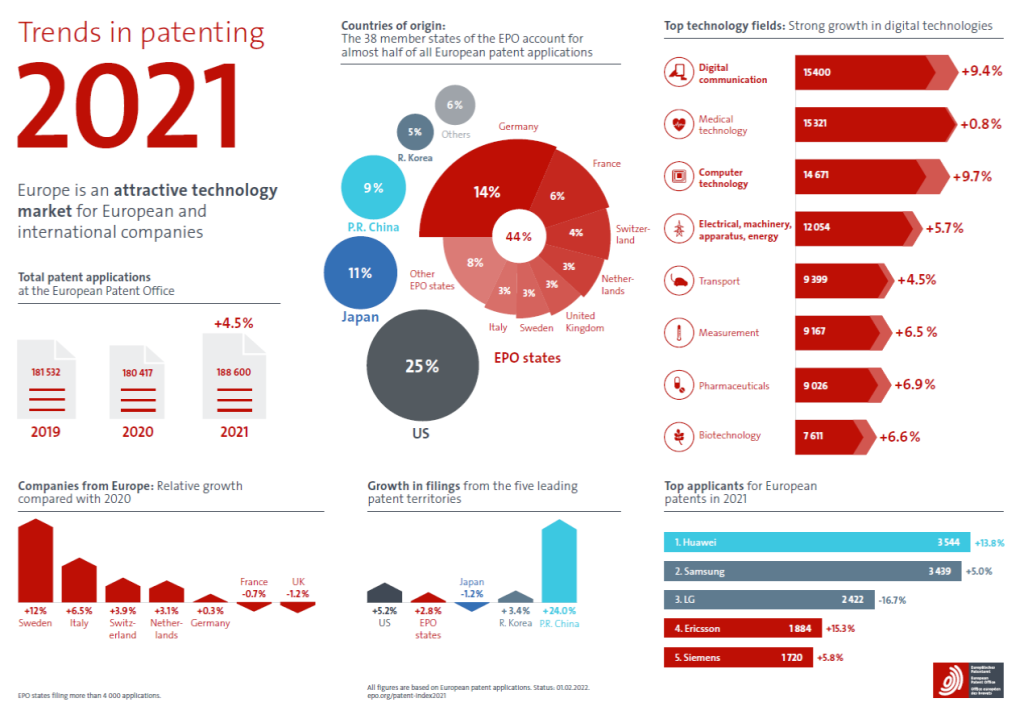