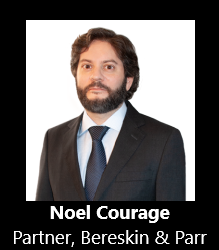 This article will look at a couple of key aspects of the newest Canadian Patent Rules that have caught the attention of patent filers. Many applicants are currently taking immediate action to avoid the new rules and get grandfathered under the current rules.  As explained below, action is required before October 3, 2022 to avoid the new rules.

Canada has again looked abroad for inspiration for its latest new rules. As of October 3, there will be, for the first time, excess claim fees, and a cap on the number of Office Actions prior to incurring fees to continue the examination process. The new Rules are said to be intended to improve examination efficiency.

Under the current rules there are no excess claim fees under any circumstances.  There will soon be excess claim fees of CAD$100/claim for each claim in excess of 20. The fees will be due when requesting examination. The request for examination is due no later than four years from the Canadian filing date (PCT international application filing date).  Claim fees will be initially assessed based on the number of pending claims at the time of requesting examination.   Additional claim fees will be owed at the time of paying the patent grant fee if the total number of claims increased during prosecution. RCE

The RCE will also become the new mechanism to reopen and continue prosecution after a notice of allowance of claims has been issued. Typically, prosecution is only reopened where the applicant wishes to add additional claims to a patent application. Due to Canada’s strict rules against double patenting, all claims should typically be pursued in a single patent application where possible, which is why applicants sometimes want to go back and add more claims after allowance.

There are other revisions to the rules being implemented, which are less drastic, and will not be discussed here.

Any applicant that intends to pursue over 20 claims in Canada should consider the impact of excess claim fees on their patent budget.  Likewise, if a complex case could have a long prosecution, the budget may need to be increased. There may be no consequence of going under the new rules if there are 20 or fewer claims and the applicant has a clear, confident position on patentability.

Applicants that wish to avoid the new rules should consider filing their patent applications in Canada and requesting examination prior to October 3, 2022.  For example, PCT national phase applications may enter Canadian national phase early, prior to October 3.  Applicants with applications already pending should consider requesting examination.  Taking these steps will avoid the caps on the numbers of Office Actions, and request for continued examination fees.  For applicants with large patent portfolios or tight budgets, there is a budgeting issue to consider in that requesting exam early will bring forward prosecution fees (first Office Actions) that would have otherwise been spread out over a longer period of time.

After October 3, 2022, Applicants will have to consider either paying excess claim fees or reducing their claim set to reduce fees.  To minimize the likelihood of RCE fees, proactive claim amendments and full arguments early on in examination would be a good way to try to expediently conclude prosecution. 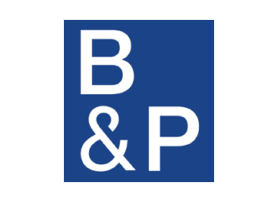