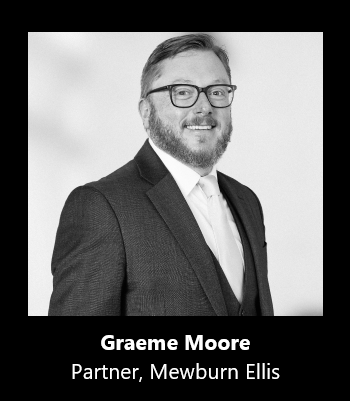 Last month the UK government launched a new Innovation Strategy, which seems to blend a long-term plan to boost private sector investment with increased annual public investment in R&D, in an attempt to put the UK at the front of the global innovation race and turn world-leading science into new products and services.

In particular, the UK government is committed to increasing annual public investment on R&D to a record £22 billion (£800 million per year for four years) whilst incentivizing the private sector to increase spending on R&D.

This call for greater private and public investment is made in tandem with some other important government initiatives, such providing greater flexibility in the visa programme to ensure that the UK has access to the best international talent, and the focused use of regulatory sandboxes.

This all sounds very promising for the UK, particularly as the fourth industrial revolution gathers pace and increasingly has a direct impact on commerce and people’s lives.

However, there is a major factor that the UK government’s announcement fails to address satisfactorily – how to better protect the innovations developed in the UK from being copied and exploited by other companies who have not invested in the innovations?  This should be at the forefront of the UK government’s mind when committing to spend UK taxpayers’ money on R&D – it’s a key part of ensuring a return on investment.  Business Secretary Kwasi Kwarteng alludes to this when he says “[t]hat spirit of discovery is still alive in this country today, but we have not always turned our genius for innovation into jobs and companies here in Britain”.

It is crucial that the UK government invests in education programmes in both the public and private sectors to ensure that British-based innovators are fully aware of how to protect their innovations from copyists.  Otherwise, the UK taxpayer will simply be paying to develop innovations for exploitation by the largest corporations, and others, without receiving anything in return.  It’s an important point, because this is clearly not how universities and corporations operate in the other major economies – the UK performs poorly when viewed alongside other innovative nations, such as the USA, Germany, Japan and South Korea.

For example, per capita, the number of patent applications filed by UK residents has declined by around 20% between 2009 to 2019, indicating a worrying trend in how UK businesses and Universities are failing to protect their innovations, and failing to protect their investments in R&D.  Alarmingly, when looking at this metric for other countries, the UK ranked only 16th in the world, predictably behind the likes of the USA, China, Japan, Republic of Korea, but also behind the Nordic countries, Austria, France and Singapore, and only just ahead of Italy (https://www.wipo.int/edocs/pubdocs/en/wipo_pub_941_2020.pdf, p.46, A38).  The UK government urgently needs to implement an initiative to educate the public and private sector about the value of protecting their IP.

A country which has set an example that the UK government can follow is the Republic of Korea.  Over the last 50+ years, Korea has generated a significant amount of IP and has invested heavily in protecting that IP with particular emphasis on using patents and designs to great effect – as such, it’s not surprising to see that Korea is #1 for generating the largest home-grown number of patent applications.  It’s not surprising therefore to see the Republic of Korea move up the global GDP ranking to 10th, and to the 7th largest exporter in the world in recent years.  The central and local governments in China have also recognised the value of IP, having set up the patent fund policy to support technological innovations by SMEs, which have had a positive impact on R&D, especially for SMEs (http://techmonitor.net/tm/images/f/f1/13oct_dec_sf2.pdf)

It’s not just on the per capita basis that the UK’s approach to protecting home-grown innovations looks poor.  When looking at the number of patent applications filed by UK residents per USD100 of GDP, the UK languishes in a very poor 15th position on the world rankings, again predictably way behind the likes of the USA, the Republic of Korea, Japan, but also behind the likes of Sweden, the Netherlands, France, Luxembourg and the Russian Federation; whilst the UK leads countries such as Belgium, Italy and the Ukraine (https://www.wipo.int/edocs/pubdocs/en/wipo_pub_941_2020.pdf, p.46, A37).

So, we can see that the culture in the UK is one where the protection of IP is not generally given due importance. When coupled with the more sophisticated and widespread use of the patent and design system by innovators based outside the UK, the problems for UK businesses compound.  For example, in 2019, 92.5% of the patents in force in the UK belong to patentees who are not resident in the UK – i.e. companies based outside the UK.   This is a far higher proportion that any other G7 country.  For example, in the USA only 51% of the in-force patents are held by non-residents, and in Japan it is an impressive 18%.  This means that the vast majority of the monopolies for the use of important technological advancements in the UK are held by non-UK based entities, giving them the ability to exclude UK-based entities from using that IP (https://www.wipo.int/edocs/pubdocs/en/wipo_pub_941_2020.pdf, p.46, A38)

Many innovations created in the UK have had an enviable impact the world over, and the UK government rightly wants that to continue.  But, if the UK government wants to create wealth and jobs in the UK with this new Innovation Strategy, and to receive a return on investment of the UK taxpayers’ money, then it urgently needs to invest in creating a culture in the UK where protecting innovation and IP is understood and valued.  Without this shift in culture, the UK will continue to spend taxpayers’ money to generate world class innovations that are freely exploitable by multinational corporations, and others, without them having to make the initial investment and without having to compensate the UK taxpayer for their investment.