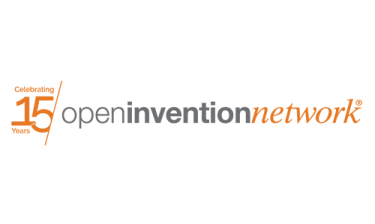 Open source software code powers many of the electronic gadgets that people use throughout their day – smartphones, computers and entertainment and gaming devices. It is also the technology that undergirds the financial and communications industries and their networks. Open source is also being used in mission critical industrial applications.

For example, MTU Aero Engines, Germany’s largest engine manufacturer has been a strong supporter and user of open source for the last 20 years. Open source adoption and its growing importance recently led MTU to join the Open Invention Network, the largest patent non-aggression community in history – that supports freedom of action in Linux as a key element of open source software.

“We support Open Invention Network because it is important to us to keep the Linux kernel free of patents and possible lawsuits. OIN enables a lot of interaction within the community. By joining, we are saying that we stand behind Linux and want it to stay open,” said Dr. Lutz Seidenfaden, MTU’s CIO.

Approximately 450 MTU development engineers work with computing-intensive simulation programs to develop competitive engines at MTU. Complex algorithms make it possible to predict the aerodynamic, thermodynamic, and mechanical behavior of components as early as during the design and configuration phase, thereby optimizing component geometry. MTU has been using and supporting open-source software for 20 years now. It was the first major industrial company, in Germany, to decide in favor of a Linux cluster when building up additional computing capacity.

Another important aspect of open-source software for MTU is the flexibility it affords in terms of the use of the software, which is not artificially restricted by complicated licensing terms. This freedom in the design of IT architectures enables innovative solutions for things like dynamic load-driven distribution of applications to container infrastructures. These solutions are somewhere between difficult to impossible to implement cost-effectively outside the open source world.

Funded by Google, IBM, NEC, Philips, Sony, SUSE and Toyota, OIN has more than 3,500 community members. The OIN patent license and member cross-licenses are available royalty-free to any party that joins the OIN community. OIN’s community practices patent non-aggression in core Linux and adjacent open source technologies by cross-licensing Linux System patents to one another on a royalty-free basis. Patents owned by Open Invention Network are similarly licensed royalty-free to any organization that agrees not to assert its patents against the Linux System.

“For us, joining OIN is a statement,” said Nadia Zerelli, head of the Engineering Systems department at MTU Aero Engines. “Linux has given MTU added value that can’t be expressed in euros. We have powerful software available for designing, configuring, and producing engines and for fleet management. One especially valuable aspect is the freedom to continuously further develop and refine perfectly tailored tools and methods to design and configure our high-tech products ourselves.”