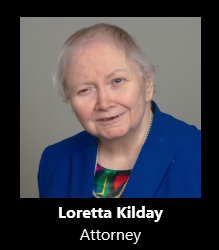 The U.S. Court of Appeals for the Federal Circuit, also known as CAFC, rejected a writ of mandamus petition asking the Delaware district court to cancel an order to submit specific legal papers to ensure compliance with Chief Judge Connolly’s standing orders on preliminary disclosures in patent litigations.

Nimitz Technologies LLC asked the CAFC to get rid of an order from a Delaware court from November 10, 2022, that said Nimitz had to turn over documents, such as communications between Nimitz owner Mark Hall, his lawyer, the company that enforces patents, IP Edge, and a related company, Mavexar. Nimitz had previously informed the court that Hall was the only owner and LLC member of Nimitz. They also said in a statement that Nimitz “has not decided to enter into any agreement with a Third-Party Funder, as stated in the Court’s Standing Order Pertaining Third-Party Litigation Funding Arrangements.”

Connolly’s standing orders have caused a lot of trouble, and they are being challenged in a different case at the CAFC right now. They want companies in patent cases assigned to Connolly to reveal 1) “the name of every owner, member, and partner of the party, going up the chain of ownership until the credentials of each person and corporate entity with interest in the party has been confirmed and 2) the name of any third-party litigation funders.

In the Nimitz case, the district court learned from evidence in another case that Hall might have a connection to IP Edge. As a result, both Hall and his lawyer were told to show up at a hearing on November 4, 2022. There, the court asked Nimitz and Mavexar what their relationship was like and then asked for the paperwork that led to the mandamus petition. The CAFC stopped releasing the documents until the petition for mandamus was decided, and Judge Connolly wrote in a memo that “The records sought are all clearly relevant to addressing the concerns I raised at the November 4 hearing.”

The CAFC finally decided that Nimitz had not met the three criteria for mandamus relief: “(1) that there is “no other satisfactory means to get the relief he wants,” (2) “the right to have the writ issued is clear and unarguable,” and (3) “the writ is right for the situation.”

Nimitz said that Connolly’s order would force it to reveal “highly confidential litigation-related information” that was protected by the attorney-client privilege. The CAFC observed that the district court had given Nimitz enough reassurances, such as that the documents did not need to be docketed or publicly disclosed and that the court could keep the records under seal. So, Nimitz had not shown that mandamus relief was the only way to keep the materials safe.

Nimitz didn’t ask the CAFC to change either of Connolly’s Standing Orders, but it also didn’t show that it had a “clear and indisputable right” to end the district court’s investigation based on those orders, said the appeals court. The CAFC also found that Judge Connolly’s reasons for asking for the information all had to do with possible legal issues in the case that was subject to the “principle of party presentation” or with parts of how to act in court, which is something that district courts have a lot of control over. “The district court did not ask for information just to make the public more aware, apart from the judicial and court-functioning interests reflected in the stated concerns,” the CAFC said.

The court did not say whether Nimitz had broken any laws or what punishments would be fair.

Attorney Loretta Kilday has more than 36 years of litigation and transactional experience, specializing in business, collection, and family law. She frequently writes on various financial and legal matters. She is a graduate of DePaul University with a Juris Doctor degree and a spokesperson for Debt Consolidation Care (DebtCC) online debt relief forum. Please connect with her on LinkedIn for further information.