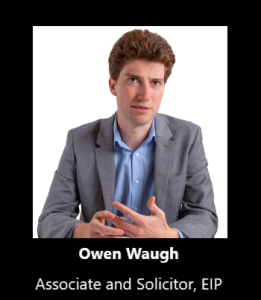 The recent decision of the UK Supreme Court in the Unwired Planet v Huawei, and Conversant v Huawei & ZTE appeals affirmed the UK court’s jurisdiction to determine global FRAND licences in Standard Essential Patent (“SEP”) disputes and to potentially injunct companies who do not accept those terms, making the High Court of England and Wales a growing destination for SEP litigation.

However, the Supreme Court also clarified it did not believe that the jurisdiction to determine the terms of a global FRAND licence was an exclusively English one. After being sued in the UK, some defendants in SEP disputes before the High Court have begun proceedings in other jurisdictions and applied to have the UK case stayed on the basis that England is not the appropriate forum to hear the case or, in the alternative, requested a case management stay pending the determination of the FRAND issues in the alternative forum.

Defendant Oppo brought proceedings in China requesting that the Chinese court determine the terms of the FRAND licence, as well as a declaration that Nokia had breached their FRAND obligations. Oppo then brought an application that the High Court should not exercise its jurisdiction, arguing it is not the appropriate forum and should instead defer to the Chinese proceedings. Or, alternatively, the High Court should grant a case management stay pending determination of the FRAND issues in China.

In Nokia v Oppo, His Honour Judge Hacon followed the decision of the Conversant v Huawei case, and therefore dismissed the application challenging the court’s jurisdiction on forum conveniens grounds. He did not accept the argument that as most of the defendants’ sales and manufacturing are in China that the Chinese court is the appropriate forum.

The Supreme Court in Conversant v Huawei indicated that it remains open for a party to apply for a case management stay for either the FRAND part or the whole of the proceedings when there is parallel litigation in other jurisdictions. However, this can only be granted in “rare or compelling circumstances”.

In Nokia v Oppo the court found on the evidence before it that the Chinese proceedings would take roughly the same amount of time as the UK proceedings, that there would be substantial justice in China with the Chinese court applying Chinese law to the FRAND undertaking, and Nokia’s UK patents in suit had a long period of life left.

The court said that the mere existence of another forum that would resolve the same issues did not point in favor of the granting of a stay, and that the problem of parallel litigation is one caused by the contractual framework set up by the relevant standard setting organisation. The court found none of the arguments were rare and compelling in nature and refused to order a stay of the proceedings.

Furthermore, the judgment highlights that the test to be applied in respect of any case management stay is one of rare and compelling circumstances. The court found that the existence of an alternative forum does not necessarily fulfil such criteria, and it is yet to be seen what would in any future application. Given the difficulty in English procedure in appealing case management decisions, any application for a case management stay may well be determinative of the progress of proceedings for infringement of a UK SEP.

Written by Owen Waugh, Associate and Solicitor at EIP.