Hong Kong, 12 January 2023 – Mayer Brown and Women In Law Hong Kong (WILHK) today announced the findings of a joint survey aimed at exploring gender biases in Hong Kong’s legal industry. The objective of the project is to examine the behaviours that women encounter at the workplace, including gender biases and micro-aggressions: the everyday, subtle, and often unintentional comments and interactions that may accumulate and contribute to gender disparity.

The findings of the survey, which drew responses from more than 360 women and men who are currently working or have worked in the Hong Kong legal sector, show that women in Hong Kong’s legal sector are facing systemic gender biases that exist at all levels, from the most senior levels to those starting out in the profession.

The findings also suggest that the legal sector needs to address its prevalent “boys’ club” culture, which involves men forming groups excluding women, therefore favouring men over women when it comes to promotions and professional development opportunities. Some female respondents also reported that they are too often ignored, interrupted or undermined in many workplace settings. Additionally, many women lawyers expressed their struggle to call out this behaviour without being seen as being difficult or not “part of the team”.

Women continue to receive unsolicited comments about their appearance or behaviour, with 26.1% of female respondents reporting negative experiences with receiving advice about the clothes they wear at work. Apart from comments on their appearance, many female lawyers received patronising remarks about how they should behave, in case of being viewed as too aggressive and assertive.

Alarmingly, women who do advance up the career path have found they are subject to more, rather than fewer, incidents of micro-aggressive behaviour, with 23.0% of female respondents in senior roles experiencing clients directing questions or queries to a more junior male colleague instead of them.

Amita Haylock, partner of Mayer Brown’s IP & TMT group and Co-Chair of the Asia Women’s Network, said, “If industry representatives make a collaborative effort and take these biases seriously, these issues can be addressed with real impact. Senior leadership need to walk the talk, and leaders need to take the initiative to respectfully challenge each other on gender bias issues. It is only through intentional and consistent action that an inclusive culture can be nurtured, and microaggressions will stop.”

Alison Tsai, Chairlady of WILHK added, “Research suggests that a lot of men and women have similar levels of ambition at the beginning of their careers. Negative experiences can do great damage to their ambitions and push them away from the workplace. However, positive experiences would encourage them to pursue leadership roles. If systemic changes are made in the legal industry, they can create such positive experiences and support the rise of female talent in Hong Kong’s legal sector.”

Vast bodies of research and examples across the globe have shown that gender equality in the workplace makes for good business. The survey suggests that law firms, barristers’ chambers and in-house legal functions can benefit from having the right policy in place as a minimum. They must also make the effort to ensure that the policy is actually practiced, as such actions can be tokenistic if a culture to support these policies is not nurtured. Other meaningful changes could include improving current HR systems and talent management practices with a D&I lens by remaining educated on unconscious biases at every stage of employment, including talent acquisition, performance management and succession planning. Firms may also offer dedicated coaching and training sessions on inclusivity to employees in leadership roles. A key performance indicator of the workplace environment should be established, measured by regular feedback and internal colleague engagement surveys.

About Women in Law Hong Kong

Women in Law Hong Kong (WILHK) is a society providing private practice lawyers, in house counsel and all other industry professionals a solutions-based approach to gender equity. WILHK is supported by many of Hong Kong’s leading firms and institutions and is one of the largest legal networks in Hong Kong. With over 1,500 members representing all genders, WILHK encourages a diverse exchange of ideas and collaboration. 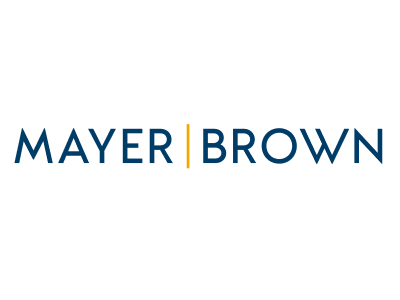