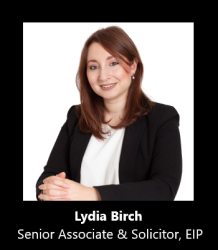 On 29 March 2022, the Court of Appeal handed down judgment in relation to appeals made by the Claimants (Neurim and Flynn) on two issues. Overturning Marcus Smith J’s decisions, the Court of Appeal, led by Arnold LJ, found (1) Flynn an “exclusive licensee”, and (2) both sides at fault for wasting costs of the UK proceedings against the backdrop of the concurrent EPO proceedings.

Flynn found to be an exclusive licensee

The case concerned the alleged infringement of Neurim’s EP’702 patent – a second medical use patent, unconditionally amended, claiming the use of a prolonged release formulation of melatonin in 2mg dose form for improving the restorative quality of sleep in patients aged 55 years and over, suffering from primary insomnia. Flynn, pursuant to a licence from Neurim, has been able to market its product ‘Circadin’ in the UK, but was found not to have been an exclusive licensee at first instance after it was deemed unable to bring proceedings independently of Neurim.

Notwithstanding the fact that EP’702 has now been revoked by the EPO (discussed further below), it was common ground that the question of whether Flynn was an exclusive licensee and had standing to sue for infringement was still relevant to subsequent proceedings concerning a divisional of the patent (EP3103443).

Allowing the Claimants’ appeal, the Court of Appeal found that Flynn was indeed an exclusive licensee and that the judge had failed to appreciate four points:

That said, Arnold LJ warned that there “may be a limit as to how far one can salami-slice the monopoly in a claim”. Flynn’s licence was held not to be near any possible limit as its exclusivity was held to cover a “commercially valuable market”. This may now mean that if it is to be the subject of an exclusive licence, any monopoly carve-out should not merely be arbitrary, but have some meaningful commercial value.

No costs order made as High Court’s cost order reversed

The second issue the Court of Appeal considered was whether the judge was correct in ordering the Claimants to pay Mylan’s costs even though the Claimants succeeded on all points in the UK proceedings, bar the exclusive licensee point.

To understand the Court of Appeal’s decision, it is important to first consider the background of the proceedings. A complexity of this case has been the UK and EPO proceedings running in parallel, a feature also discussed here. The concurrent nature of the proceedings was such that only days separated determinations by each court.

In December 2020, Marcus Smith J found the EP’702 patent valid and infringed in the UK proceedings,  only for the EPO Board of Appeal to find the patent invalid for insufficiency days later. Once Neurim withdrew its appeal against the EPO’s decision, the patent was ultimately revoked. The revocation of EP’702 had effect ab initio, meaning the patent was deemed never to have existed. Marcus Smith J, in an about-face, and noting that the Claimants now were “not entitled to any substantive relief against the Defendants in respect of the Patent”, revoked the earlier order that he had made orally (but which had yet to be formally drawn up). Months later he ordered (here) that the Claimants should pay Mylan’s costs on the basis that although the effect of the December judgment in the UK proceedings was that the Claimants were the successful parties on all issues, the revocation of the patent by the EPO superseded events and meant Mylan was in fact the successful party, from the “point of view of outcome”.

Although the Court of Appeal ruled that there had been a material change in circumstances which were consequently material to the assessment of costs in the UK proceedings, Arnold LJ found the judge had erred on two grounds:

Both parties were found to be equally culpable in failing to seek case management directions when matters in the EPO had changed. The UK proceedings were initially expedited, in part due to the understanding that the EPO’s decision was not expected until the first quarter of 2022. However, in June 2020 the EPO proceedings were expedited to be heard in December 2020 – close to the UK proceedings. Neither party presented this information to Court so that the need for a stay of the UK proceedings could be assessed (Mylan, because it may have wanted two bites at the revocation cherry, and the Claimants, because they most likely wanted a final injunction as soon as possible). As such Marcus Smith J found that from June 2020, both parties knew of the potential for the UK proceedings to be rendered pointless. Therefore by choosing not to engage with the Court as to a possible adjournment, both parties “assumed the risk of costs being wasted”. Agreeing with Marcus Smith J’s logic as to wasted costs, but disagreeing that making no order for costs would be inconsistent with a finding that Mylan was the overall winner, Arnold LJ found that the correct response was to make no order for costs, save for the exclusive licensee issue. This way “each side would be left to bear the costs that it wasted”.

In light of the continuing trend for pharmaceutical companies to want to run races in both the EPO and UK courts where possible, it must be remembered that there is an onus on both parties to actively keep the court up to date with what is happening in any EPO proceedings so that the UK proceedings may be effectively managed. A failure to do so may come with a heavy price tag on costs.