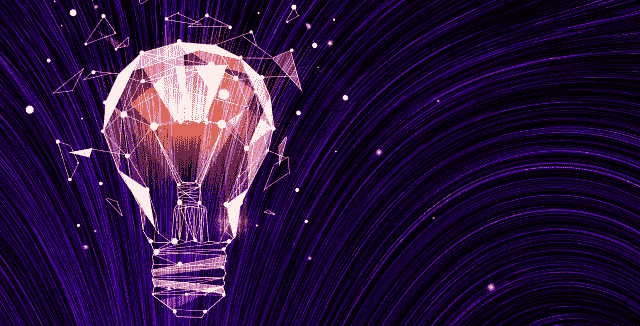 Licensing Executives Society (U.S. and Canada) recognizes the architects of three “Deals of Distinction™” and one President’s Award, as well as a licensing expert for making special contributions to the field

During a year of unprecedented reliance on intellectual property rights to solve massive global challenges through business collaborations, namely the ongoing pandemic of COVID-19 and its profound disruptions of personal and business lives, today the Licensing Executive Society (USA & Canada) announced  that it is making a  President’s Award and three Deals of Distinction™  Awards, along with the Frank Barnes Award.  The Deals of Distinction Awards are given each year, to recognize major business transactions involving licensing, that exemplify best practices and creativity to achieve strategic business objectives, with a significant impact on advancing innovation in the industry Sectors that comprise LES.  Similarly, the Frank Barnes Award is given each year to celebrate an exceptional individual who embodies the highest cultural values of LES by selflessly investing their time and expertise in developing the careers of others – an outstanding mentor.

The President’s Award is periodically given to recognize exceptional licensing activities. This year the awarded is being presented in recognition of an outstanding licensing deal that best represents the unprecedented commitment of the entire global biopharmaceutical community to meeting the existential challenges posed by the ongoing pandemic.  LES makes this year’s award to recognize and celebrate the heroic contributions of dealmakers, licensing professionals and intellectual property professionals to expediting the business collaborations that have resulted in the availability of lifesaving vaccines and other disease countermeasures – in months rather than years.

The award recipients will be recognized as part of the Society’s 57th Annual Meeting, which for the second consecutive year will take place virtually.  Announcements will be made immediately after the Annual Business Meeting on 28 September 2021, and the Annual Meeting will feature sessions during the annual meeting with some of the recipients of the Deals of Distinction and the President’s Award.

“The dynamics that have unfolded over the past year as the result of the global pandemic have demonstrated the full value of intellectual property (IP), innovation, and collaboration to our world.  We are proud to celebrate the commitment and creativity of LES members and our colleagues in all of the professions that come together to make a success of R&D, manufacturing, supply, financing, and many other types of deals grounded in patents and other forms of IP.  The pandemic has spotlighted the value of deals in expediting the development and delivery globally of novel vaccines and therapeutics against a previously unknown pathogen,” said LES President Gillian Fenton. “LES members should be proud of our contributions to fighting the virus that causes COVID-19.”

Today, LES acknowledges the following companies and institutions with awards for Deals of Distinction™, which recognize those executed deals that the Society considers to be landmark achievements within their industry sectors:

Xperi and Comcast, both holders of significant intellectual property in the “media” segment, are recognized for their long-term patent license agreement. The “media” segment of technology evolves rapidly, creating uncertainty in the long-term value of intellectual property in the space.  The agreement illustrated the awardees’ combined ability to identify and agree on the relative long term value of their respective patent portfolios in view of significant technological disruption and business evolution in the “media” area of technology.

The path to rapid development of a COVID-19 vaccine was cleared by a research collaboration between scientists at the NIH Vaccine Research Center at NIAID, the Scripps Research Institute, Dartmouth College and the University of Texas-Austin. The 2020 nonexclusive license of the stabilized spike protein discovery from that collaboration to BioNTech – with that company’s subsequent partnership with Pfizer producing an mRNA-based vaccine first launched in 2020 administered over 178 million times.

The entire world, including the LES community, has been following the COVID-19 pandemic and its many negative impacts on people’s lives, families, careers, businesses, and global commerce.  As licensing professionals, we have risen to the challenge of creating the numerous business-to-business, academia-to-private sector, and government and NGO funding agreements through which all of our industry sectors, notably the Life Sciences Sector, have responded to this existential threat.  The President’s Award is made this year to celebrate the Pfizer and BioNTech collaboration and licensing agreement as exemplifying best practices and its unique global impact in our fight against SARS-COV-2, the virus that causes COVID-19.

Beyond the Deals of Distinction™ and the President’s Award, LES also celebrates an outstanding LES member by awarding the Frank Barnes Award.  This individual award recognizes the member’s significant contributions, across the entire arc of their career, in giving back to the profession through mentorship. The Frank Barnes Award was established in 2000 by LES members and endowed in honor of Frank Barnes’ vast contributions to the field of licensing through mentorship.

Mr. Painchaud receives this award in recognition of the help, guidance, and mentorship that he has selflessly offered to countless members of LES and LESI over the years, efforts that, in part, were responsible for the unofficial title he earned, the ‘dean of pharma licensing.’  “He has been a mentor in the organization for multiple members of LES, including myself,” emphasized Vincent Bergeron, International Chair of the Licensing Executives Society International (LESI)’s YMC Committee. “If it were not for Francois, I might not be involved with LES at all.  He had the passion and the patience to act as a mentor for me to join LES, and to really get engaged.”