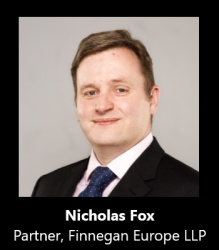 Artificial Intelligence (AI) has the potential to transform many aspects of life and the UK government has recognized that it is important to review IP laws to ensure that they evolve and promote innovation in this fast-paced area of technology.

That was the motivation behind a recent UKIPO consultation which reported earlier this week.

With regards to patent protection for AI-devised inventions, the report concluded that no changes are required to UK patent law, at least for the time being. 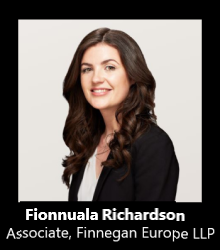 At present, despite claims of certain parties and the international court case relating to the DABUS system which its promotors sought to name as the inventor on patent applications in a number of countries, there is no evidence of AI currently having the capacity to invent.

Rather, the general consensus from respondents was that AI technology cannot, at least at present, invent without human assistance. Further, it was felt that any changes to rules on inventorship should be harmonized at an international level.

The report noted that respondents, particularly those in the pharmaceutical sector where the capabilities of AI to discover new and innovative drug therapies is a highly active field, felt that the UK should be ‘proactive in this area’. Respondents also recognized that patent law should stay ahead of technological developments.   However, it is generally agreed that making any changes at the moment would be premature.

Although the output of some AI systems such as the DALL-E computer system which converts text strings into images is impressive, there is no evidence to suggest that any such system has any capacity for inherent creativity.

Reflecting this general consensus, as with AI inventorship, the report proposes that no changes are required to the copyright protection of AI generated works. Presently, such works are protected in a similar manner to other works created by a machine, much as copyright law protects the work of photographers creating images using a camera. Such protection lasts for a term of 50 years from the date of creation.

One of the options considered was to create a new right which would provide some protection but for a shorter period (say between two and ten years). It was concluded, however, that the existing law is adequate for the time being.

That said, the report did stress that the UK Government will continue to monitor the case law and the impacts of existing protection as AI develops further, and they do not rule out changes in the future.

Whilst the report points out that ‘factual data, trends and concepts are not protected by copyright’, such information is often ‘embedded in copyright work’. Therefore, as the law currently stands, collating and processing such data can often constitute copyright infringement.

To promote AI research in this area, the report proposes a new copyright and database right exception which will permit text and data mining for ‘any purpose’. This right, will, however be balanced by a requirement that access to such data must in itself be lawful.

The proposed expansion of the right to cover commercial text and data mining reflects a deliberate policy of trying to make the UK an attractive jurisdiction for developers in the field, with the government stating that the intention of the new exception is to help make the UK ‘more competitive as a location for firms doing data mining’.