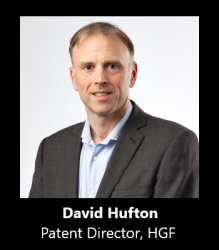 A worldwide agreement on protection of inventions made by Artificial Intelligence is essential to address the threats posed by AI to the patent system, argue two academics at the University of New South Wales in Australia in a recent article[1] published in Nature.

In the article, Alexandra George and Toby Walsh argue that the attempts by Dr Thaler to obtain patents naming his DABUS system as inventor show that current patent law struggles to deal with an inventor that is a machine and that failure to recognize AI-made inventions as patentable will disincentivize useful research using AI inventors.

While it is hard to disagree with the observation that machine inventors were not a consideration for the drafters of the treaties underlying international patent law, it is less clear that applying current IP law to inventions using AI is a “struggle”.

Patent Offices around the world are moving to consider the impact of AI on the patent system with the five largest IP offices in the world, known as the IP5, setting up a task force to co-ordinate their approach in the area of new emerging technologies and artificial intelligence. In a 2018 report[2] on AI by the IP5 it was noted that all IP5 jurisdictions (USPTO, EPO, KIPO, JPO and CNIPA) require that the inventor is a human being.

For the first two categories, the AI is a tool used to support human inventors allowing (correctly) a human to be named as inventor for a resulting patent application. Thus, where AI is used as part of an inventive process under human control, for example where a human inventor identifies a problem to be addressed or is required to recognize the significance of the output of the AI,  there is no bar under current patent law to obtaining a patent. Indeed many examples are available of inventions made in this way that have been successfully patented.

For the third category, the European Patent Office is of the opinion that this remains within the realms of science fiction[3], a view with some support in the academic literature[4]. Similarly, the UK Government consultation on Artificial Intelligence and IP[5] has recently concluded that no changes to patent law are required to allow for AI made inventions as AI is not yet considered advanced enough to invent without human interaction.

However, much discussion in the Nature article of AI as an inventor seems to assume AI inventors in this third category.

George and Walsh identify a further challenge to patent law; that the use of AI may raise the bar on obviousness.

If an invention can be realized by training a known machine learning algorithm on data held in an open database and applying the trained model to a particular problem, is it rendered obvious? Or would the presence of further lab-based steps as part of a process involving human interaction to arrive at the invention support an inventive step? These questions may pose particular challenges for inventions in fields such as the pharmaceutical industry where inventions may emerge from analyzing large corpora of data and may lead to more importance placed on confidentiality of training datasets.

The number of patentable inventions developed using AI is likely to increase significantly in the coming years. However, until an AI is developed that is able to create new technologies autonomously, or with only a high-level request to “make a better widget” requiring an understanding of the purpose of the invention in the context of human endeavor, AI will remain a tool used by human inventors.