Wolf in Sheep’s Clothing? Will the Government’s Review of Standard Essential Patents have the unintended effect of stifling innovation rather than promoting it? 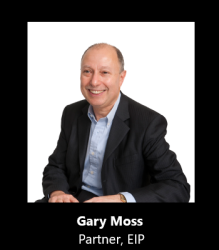 On March 1st, the call from the United Kingdom Intellectual Property Office (UKIPO) for views on Standard Essential Patents (SEPs) came to a close.  Under this process UKIPO invited opinions from those involved in technology sectors on how SEPs should be dealt with in the UK and the possible impact this on innovation, particularly within the telecoms industry.

UKIPO stated that their aim for the consultation was to gain a greater perspective on the issue and thus “produce the optimal IP framework for the UK that will promote innovation and creativity both now, and, in the future”. This comes after similar consultations were launched in the US and the European Union at around the same time.  So is there a “hidden agenda” here?  Remember, just because you are paranoid does not mean they are not out to get you!

An argument frequently made by implementers is that SEPs can restrict competition and innovation.  It is true that in the early years of this century some SEP holders sought to leverage their patent rights to require implementers to pay royalties above what they would regard as FRAND.  But that was generally curtailed by a combination of actions by the competition authorities (e.g. the EU Commission took action against Motorola and IP Com for seeking interim injunctions) and courts declining to enforce patents until they were satisfied that the SEP holder had complied with its FRAND obligations (CJEU in Huawei v ZTE, UK Supreme Court in Unwired Planet v Huawei.)  Nevertheless, the story that “SEPs restrict competition” is a useful bogey man for the implementer community which they will not give up readily!

In reality it is difficult to think of real examples of SEPs hindering innovation in and of themselves.   What telecoms innovations have been kept from the market for any substantial periods of time due to concerns about patents, standards and SEPs, and what company has been stopped from manufacturing a mobile telephone because of SEPs?  The reality is that over the past 20 years mobile telecommunications have developed at an astonishing rate; in 2000 we marvelled at being able to send texts on our tiny screens; these days we expect to be able to step off a plane anywhere in the world and make video conferences within seconds, and get irritated when we cannot.  With 5G we will be able to watch hi definition feature films on our phones, or immerse ourselves in virtual reality while sitting on a beach quaffing a pina colada!   Many recent changes to our ways of living have at least been contributed to by the huge developments in telecommunications. Would that medicine have developed at such a rate – we could all be living longer!

All this has taken place under the auspices of standardisation.  And the reason is simple – standardisation, at least in the area of telecoms, involves all the major players in the industry seconding their brightest people with one aim in mind, to come up with the best solutions, irrespective of ownership of IP, and secure in the knowledge that those who do own IP are bound to license it on FRAND terms.  There can be no hold up!

What is ironic is that the complaints about standards restricting competition frequently emanate from entities who dominate their particular fields and whose businesses have thrived upon the readily available access to standardised technology, leading, in some cases, to the elimination of their original competitors.  Take a look at the membership of the Fair Standards Alliance – it includes the likes of Google, Microsoft, Amazon and Apple; one would hardly describe these as entities unable to look after themselves!

And if one considers the telecoms industry, as of now globally there are only seven significant manufacturers of mobile handsets; five of these are based in China and a sixth has all of its products manufactured in China.  Does not this concentration potentially pose just as great a threat to competition and innovation?

No-one would suggest that the current set up for standardisation and the enforcement of SEPs is perfect and that improvements cannot be made.  But the same can be said for the IP System as a whole.  It is concerning that the UKIPO’s call document seems to have been written starting with the assumption that the current “FRAND ecosystem” is unduly tilted in favour of SEP holders. A representative of the UKIPO has since commented that even though certain things were presented as perceived problems that did not mean they share the view that there is a problem in reality. It is hoped that is the case as there is a real risk that in their desire to respond to calls that “something must be done” legislators enact so called reforms which have unintended consequences and risk tipping the balance against those responsible for the real innovations in this area.  Because if SEP holders are not properly compensated then there is a danger that they decide that the game is not worth the candle and withdraw from participation in standards development.  And then we will all lose out.  It could be a case of be careful what you wish for.