Patent attorneys Janice Rice and Eric Zylstra assisted client Beatriz Carrasco Nino with the patent application. Ms. Nino developed an herbal product providing swifter healing and pain relief for herpes lesions than existing alternatives. However, as a recent immigrant to the US, Ms. Nino had very limited resources which inhibited her pursuit of a patent. Ms. Rice and Mr. Zylstra prepared and filed a strong application on her behalf, moving the submission from the initial Restriction Requirement to the recent Notice of Allowability. The patent is expected to issue within the next two months.

The Pro Bono Patent Program was established as part of the firm’s long-standing commitment to the development and delivery of legal services to people of limited means.  The program is also designed to support the recent efforts of the United States Patent and Trademark Office (USPTO) to expand access to the patent system and increase the diversity of inventors who receive patents. A Congressional committee focused on small businesses noted in a hearing on enhancing patent diversity in 2020 that “women, minorities, and low-income individuals from urban and rural America are significantly underrepresented in the innovation ecosystem.” 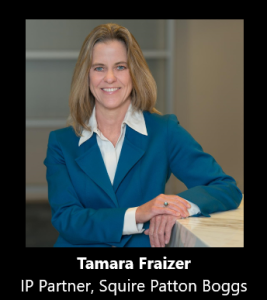 The Institute for Women’s Policy Research reported that in 2016, less than 20 percent of US patents listed one or more women as inventors, and under 8 percent listed a woman as the primary inventor. Research also reveals that only six patents per million were attributed to African American inventors. Additionally, children who are born to high-income families are 10 times more likely to obtain a patent than children from below-median income families.

Intellectual Property partner Tamara Fraizer spearheaded the efforts to launch this initiative. “We are delighted to be able to leverage the expertise of our patent attorneys for the benefit of diverse and deserving inventors, in support of the USPTO’s efforts to expand access to the patent system,” said Ms. Fraizer.

Squire Patton Boggs is a member of two USPTO sponsored programs, the Ohio Patent Pro Bono Program and California Lawyers for the Arts, both of which assist low-income inventors in protecting their inventions with US patents.