Settlement between Daimler and Nokia leaves automotive industry in the dark

In recent years, and particularly in 2020, there has been a large amount of litigation in the automotive industry, in Germany and elsewhere, relating to standard-essential patents (SEP) and their licensing. Historically, OEMs (original equipment 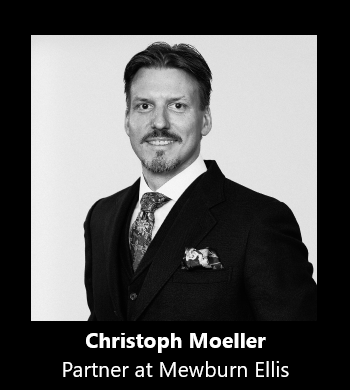 manufacturers, i.e., automobile manufacturers) required their suppliers to deliver their products free of third-party rights; the suppliers were even liable if a product did not meet these requirements.

However, in recent FRAND licensing disputes related to connected cars, a key issue revolved around the disagreement between OEMs and SEP licensors as to which company in a value chain should (or could) acquire the needed licenses. While OEMs wanted to maintain their historical approach and believed that their suppliers were responsible for acquiring the licenses, connectivity licensors demanded that OEMs acquire the licenses themselves, knowing full well that this would result in significantly higher licensing fees. Many OEMs, after some resistance or at least hesitation, folded and acquired licenses themselves for the communications functionality of their connected cars, even though this went against the historical approach of the industry. They have done this, for example, by licensing 3G/4G communications technology through a pool license in which many of the SEP licensors have organized themselves.

The one remaining rock in the SEP surf was Daimler AG, at least until the 1st of June, when a licensing agreement between Daimler and Nokia was announced, which also settles all pending litigation between the two companies. However, this settlement comes at an inopportune time for an industry that is eagerly waiting for guidance from Luxembourg. Indeed, on 26 November 2020, the Dusseldorf Regional Court referred several questions to the European Court of Justice regarding the licensing of SEPs. The ten questions revolved around a potential obligation from FRAND to give priority to supplier licensing if such is demanded by the licensees, especially if this is in line with normal practice of this industry and further requested clarification of the requirements from the Huawei / ZTE decision (C 170/13). The settlement now seems to put a lid on the opportunity for Luxemburg to comment. In any case, it is noteworthy that the settlement was concluded by Daimler directly with Nokia and not with the patent pool, of which Nokia is a member. It remains to be seen what reaction this will trigger among the other pool members.

In recent months, many of the concerned circles have commented on whether FRAND licensing of SEPs “automatically” implies the right for any interested party (and thus at any point in the value chain) to acquire a license (the “license to all” approach), or whether the FRAND obligation merely imposes on SEP holders the obligation to provide access to a standard in general but leaves the decision as to how this access should be structured to the licensors (the “access to all” approach).

There are good reasons why it may be easier for both licensor and licensee to license at the end of the value chain, i.e., when both the end product and the customer are clearly defined, but these mainly relate to easing the administrative burden of organizing a licensing program. Licensors naturally prefer this point in the value chain because it promises higher licensing revenues, considering that the price of a product only increases downstream. But is the price of the end product (i.e., the car) really the appropriate basis for calculating the royalty? Especially in the case of the automotive industry, where a large part of the value is generated by the OEMs and their brand strategy, it seems misplaced to try to calculate a license fee for connectivity SEPs based on the value of a car.

In communications technology, where much of the standardized technology has already been realized through implementation in communications chipsets etc., i.e. virtually at one of the most upstream points in the value chain, a car seems very far away.  In the discussion of recent months, the concept of the smallest saleable patent practicing unit (SSPPU) has resurfaced. This concept was originally developed in the specific context of patent litigation and states that royalties should reflect the increase in value of the smallest sellable component that implements the patented invention. In the context of a connected car, for example, this could be the telematics control unit (TCU) that incorporates communication technologies. While certainly not an end-user product per se, it is conceivable that such a TCU could be purchased by a variety of customers not necessarily the same as an OEM.

Licensing to OEMs is certainly not without alternatives, a term that has been repeatedly misused in various contexts in recent months. Licensing to a party in the value chain that demands a license, taking into account the concept of SSPPU, seems to offer a balance between opposing views, although certainly not all players would agree. This approach is not about splitting the difference, but about determining the most appropriate point in the value chain for licensing.

The ECJ would have had an excellent opportunity to clarify this and other FRAND licensing issues, but that opportunity has now been lost. All eyes now rest on Daimler’s supplier Continental. The company said it would continue to pursue its legal fight and its complaint with the EU antitrust authorities. It remains to be seen whether this will bring the much-needed clarification anytime soon in the future.

“Daimler and Nokia have just settled their litigation on standard essential patents on communication technology globally, thereby terminating their longstanding legal FRAND battle. However, the saga may not be over as it is unclear if this also means an end to the related referral questions pending before the CJEU. Answers to those questions have been long and eagerly awaited by the professional community, so that they can operate with greater certainty going forward.

“According to reports, Continental AG will continue its battle against Nokia regardless. A further opportunity to receive guidance on the referral topics from the CJEU may therefore arise in the not too distant future.”