The domain of intellectual property rights is dynamic and constantly changing. With respect to patents, there have been technological advancements that have led to various developments with patents acquiring their status as green tech patents, sports tech patents, biotechnology patents, and many others. With the increase in developments, the area has also seen various national and international disputes thereby resulting in patent infringement. Patent infringement is caused when a person infringes a patent and uses an invention of a patentee, for which he has been granted the patent, but without his previous authorization or consent. Patent infringement results in the violation of the exclusive rights of the patent holder, thereby giving the legal right to take action against the other party. The recent controversy that has spiked concerning patent infringement is between Nike Incorporation and Lululemon Athletica Incorporation.

The well-known company and brand Nike has been involved in business activities for several years to design and sell athletic footwear, apparel, and equipment, throughout the world. Nike has invested in research, design, and development for creating game-changing technologies for athletes. It was in 1983 when the company created its first game-changing digital sports technologies, and since then has been involved in various legal actions and controversies. Nike has developed various sports technologies like that of Nike iPod system, Nike sports watch, Nike fuel band, Nike ESP basketball footwear, and Nike Kinect. In recent years, the company has also expanded its digital ecosystem by introducing various mobile applications for athletes like Nike Running application, Nike Run Club, and Nike training club that have imbibed features such as those of tracking and storing activity related progress that would include location, pace distance, elevation, heart rate, mile splits. The applications were introduced by the company for providing support to the athletes with their independent social networks, additionally giving them the benefit of direct access to the Nike stores. On the other hand, Lululemon Athletica Incorporation is also a company that has been involved in operating their retail stores with digital innovation technologies, along with their subsidiary ‘Mirror’.

The parties’ major point of argument is over Nike’s Mirror gym technology and other digital inventions, which were originally launched in their respective applications by Nike, and the corporation claims to have a “strong portfolio of patents” over its digital sports technologies. The company has sued Lululemon for infringing on several of their patents by continuing to make and sell “The Mirror Home Gym technology” and other mobile apps, claiming that the apps have been patented by the US Patent and Trademark Office, giving Nike exclusive rights to its innovations and the ability to sue Lululemon for patent infringement. The claimants i.e., Nike have also stated that the defendants have used their technologies and have been involved in the selling of the mirror technology throughout the nation-state of the USA, without any prior authorization and consent from the claimants.

The claimants being aggrieved by the actions of the defendants had issued a legal notice on 3 November 2021 restricting them from using the mirror technology as it was resulting in patent infringement. The letter issued by Nike had no effect as Lululemon refused to restrict themselves and in fact continued the use and selling of the technologies without any prior authorization and consent from Nike.

Therefore, Nike has filed a lawsuit against Lululemon in the United States District Court in January 2022 to restrict Lululemon’s use and sale of the mirror technologies and other digital innovations. The company has accused its rival of six patent infringements including technology that enables the users to target several levels of exertion, competing with each other and recording their performances. Nike has claimed relief concerning patent infringement, including willful infringement, damages, and other remedies.

The case has still not been concluded by the court and the lawsuit filed by Nike is pending. Furthermore, in respect of patent infringement, the main function of the courts is for construing the claims that have been alleged to have been infringed, and the reference to the specification is only made if there is any ambiguity and difficulty in the construction of the claims in question. The contentions raised by Nike against Lululemon on patent infringement stand valid as the claimants have claimed that there was no prior authorization and consent from Nike that would permit the allowance of Lululemon for using similar technologies. 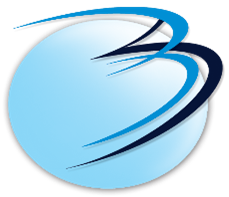