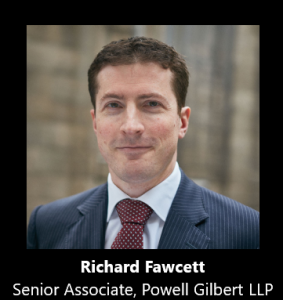 In the recent Optis v Apple [2021] EWHC 1739 trial in the High Court of England & Wales, Apple ran a novel proprietary estoppel defense against Optis’ allegations of infringement of its Standard Essential Patent (SEP), EP 2,229,744. The priority document for the patent in suit had been filed by Ericsson in 2008 at the same time that Ericsson was proposing that the same technology be incorporated into the LTE standard being developed by the European Telecommunications Standards Institute (ETSI) and other standards development organizations within the Third Generation Partnership Project (3GPP). However, Ericsson did not bring their patent application to the attention of ETSI by making an individual IPR declaration until 2010. By this time almost 18 months had elapsed since the relevant version of the LTE specification had been finalized. Apple asserted that this was too late and that if Ericsson’s patent application had been declared before the specification was frozen then other ETSI members would have had an opportunity to choose an alternative technical solution for inclusion in the standard.

In order for Apple’s defense to succeed they needed the Court to find that the three elements of proprietary estoppel had been made out: firstly, that an assurance had been made that there was no relevant patent or patent application; secondly, that another party had relied on that assurance; and thirdly, that the reliance had been to their detriment.

Apple’s case focused on a specific clause of the ETSI IPR policy which provided that members should use reasonable endeavors to inform ETSI of essential IPR during the development of a standard or technical specification in a timely fashion. They argued that Ericsson’s failure to make a declaration in advance of the relevant version of the standard being finalized had led other ETSI members to believe that the technical proposal that Ericsson had submitted was not encumbered by patent rights.

Ultimately the Court found in favor of Optis on a number of key issues and dismissed Apple’s defense. After looking at various ETSI IPR reports which explained the rationale for the ETSI IPR Policy, the Court concluded that the purpose of making declarations was not to give ETSI an opportunity to try and avoid patent protected technologies. Working Groups were required to find the best technical solution to each problem and were not permitted to get into discussions regarding legal IPR issues. The purpose for making IPR declarations was rather so that ETSI could ensure that where SEPs did exist they could be licensed on fair, reasonable and non-discriminatory (FRAND) terms. As such, the Court found that, even if Ericsson had promptly brought its patent filing to the attention to other ETSI members, it was unlikely that an alternative technical proposal would have been adopted in the LTE standard.

Optis’ evidence included a detailed analysis of the typical timeframes in which ETSI members had made individual patent declarations. This showed that it had been standard practice amongst most ETSI members to delay making declarations until after the relevant versions of standards had been frozen. Notably, Apple’s own declarations had generally been made at a late stage of the standards development process. The Judge noted that there were good reasons not to expect declarations to be made at the same time that patent applications are filed. Patents often change scope during prosecution, and it may not be clear whether they will grant as essential IPR until after standards are eventually finalized. Since a cautious approach to filing declarations was so common amongst ETSI members, the Court found that it was unlikely that any could have concluded that Ericsson’s technical proposal was not the subject of patent rights. As such, the first element of proprietary estoppel, an assurance made by Ericsson of no essential IPR, was simply not made out.

Had Apple succeeded with this defense then, in light of the large number of SEPs to which it may also apply, it could have had profound consequences for the values of established SEP portfolios. SEP proprietors will no doubt welcome the Judgment which affirms the jurisdiction as an attractive destination for FRAND litigation. 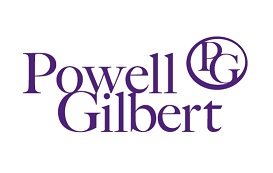