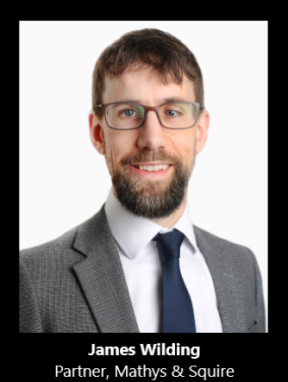 The EPO Board of Appeal has now issued its written decision in T 844/18 confirming the revocation of EP-B-2771468, an important CRISPR patent belonging to the Broad Institute, MIT and Harvard. The case was being widely followed due to the priority entitlement issues it raised. James Wilding and Alex Elder of intellectual property firm, Mathys & Squire represented one of the opponents.

The hearing was covered in Mathys & Squire’s earlier news item here. To recap, the case turned on the issue of ‘same applicant’ priority. The PCT request for the application from which the patent derived had not included all of the applicants for the US provisional applications from which priority was claimed or their successors in title. The proprietors argued that this did not matter, because:

At the hearing, the Board rejected all three arguments, consistent with established EPO case law and practice. With the written decision, we know the Board’s reasons:

In relation to the first argument, the Board concluded that the EPO’s power to assess ‘same applicant’ priority derives from the European Patent Convention (EPC): “Article 87(1) EPC clearly sets out a requirement that the EPO examines the ‘who’ issue of priority entitlement”.  The Board rejected the proprietors’ analogy between the determination of entitlement disputes, which the EPO is not empowered to do, and the assessment of ‘same applicant’ priority, which the Board confirmed to be a formal assessment and not substantive.

In relation to the second argument, the Board firmly endorsed the current approach of the EPO, according to which all of the applicants named on a priority application, or their successors in title, must be named on the later European filing in order to introduce priority rights. Article 4A(1) of the Paris Convention and Article 87(1) EPC provide that ‘any person’ who has duly filed an application for a patent enjoys the right of priority, or their successor in title.  The Board accepted that the ordinary meaning of ‘any person’ was ambiguous, but found support for the ‘all applicants’ interpretation in the authentic French text of the Paris Convention, in the object and purpose of the Paris Convention, and in the “many decades of EPO and national practice”. The Board further concluded that the bar to overturning the long-established case law and practice “should be very high because of the disruptive effects a change may have.” Those disruptive effects include the potential proliferation of priority-claiming applications and a significant shift in the prior art landscape.

In relation to the third argument, the Board held that it is the Paris Convention that determines who the ‘any person’ is who duly filed a priority application and who therefore holds priority rights. According to the Board, that person is simply “the person or persons who carried out the act of filing”, this requiring a formal assessment without regard to inventorship – consistent with earlier EPO case law. Accordingly, it was the unity of all of the applicants named on the US provisional applications who held priority rights, irrespective of inventive contribution.

In firmly rejecting the proprietors’ three arguments, the Board has maintained the status quo. Perhaps to underscore the point that ‘nothing has changed’, the decision has been coded for non-distribution to other Boards and it will not be published in the Official Journal of the EPO, notwithstanding the attention the case has drawn and the issuance of an EPO press communiqué (published on 6 November 2020) announcing the written decision. Whether the decision has a significant impact remains to be seen: the question of EPO power to assess legal entitlement to priority is pending in other appeals.