London, UK, October 20, 2020 — Clarivate Plc (NYSE:CCC), a global leader in providing trusted information and insights to accelerate the pace of innovation, today released a new market report on intellectual property and innovations for gaming businesses, supported by research on gaming trends in the U.K. and U.S. In its new report ‘Cowboys, combat and candy: cloud gaming through the lens of IP’ on levels of innovation and brand creation in the $146 billion gaming industry[1] as evidenced by patent, trademark and domain name activity, Clarivate explores the drivers of change both in terms of technical transformation and also the companies behind it. 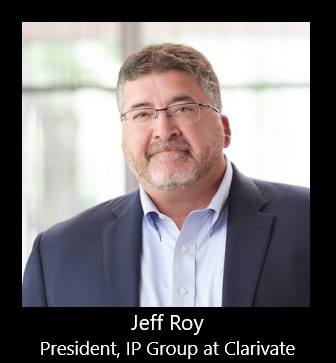 “In a world that now sees video gaming as its favorite, or at least most lucrative, pastime, cloud gaming represents a huge leap forward,” said Jeff Roy, President, IP, Clarivate.  “By using the behind-the-scenes power of patent, trademark and domain name data to see trends before they hit the market, we have the ability to imagine how this multi-billion-dollar creative industry will shift. Looking at the trends around intellectual property on the business side, we can see that cloud gaming is poised for huge growth over the next 12 months.”

The report looks at the dynamics and direction of the global online and cloud gaming market, analyzing the new commercial models in the gaming industry, how and where gamers are spending money and the potential growth of the industry over the next years.

In the U.S., the number of cloud gamers surveyed who think they will play a lot more is 58 percent compared to 24 percent of U.K. cloud gamers, which hints at differences in maturity between these markets. Almost 20 percent more respondents in the U.S. (37 percent) are cloud gamers than in the U.K. (18 percent).

How much are gamers spending?

As gaming businesses evolve and player experiences continue to rapidly shift – we see revenue being increasingly generated from in-game purchases, advertising and monthly subscription fees. The report from Clarivate finds that the gaming industry is innovating to respond to the users’ demands, focusing over a third of their patent activity on commercial revenue model technology – in-game payments, advertising and microtransactions.

The influence of social media on gamer spend

As millions of gamers from across the globe come together on different platforms to engage – social media has an increasing impact on player buying activity. The research found that gaming spend is closely correlated to social media. Compelling insights include:

The report, ‘Cowboys, combat and candy: cloud gaming through the lens of IP’, found that improving the user experience through innovations in cloud infrastructure has seen the most patent activity. On average, we recognized 300 to 500 inventions annually year-on-year over the past decade. The report uses data and insights from Derwent Innovation™, Derwent Data Analyzer™, Derwent World Patents Index™ (DWPI), CompuMark™, and MarkMonitor™, to gather insights and analyze trends around patents, trademarks and domain registrations in the gaming industry.

Jeff Roy, President, IP Group, Clarivate, added, “The future of cloud gaming is tremendously exciting. Clarivate has the unique opportunity to help customers throughout the innovation lifecycle from idea creation to commercialization. With cloud gaming poised for huge growth over the next 12 months it’s an incredibly exciting time to be a gamer – not just for us here at Clarivate, but for all passionate and ambitious cloud gaming enthusiasts across the world.”

Clarivate is offering an exclusive webinar invitation to any media or potential partners interested in learning more.  You can sign up here to attend.

Intellectual property forms the bedrock on which companies build their offering. In the report ‘Cowboys, combat and candy: cloud gaming through the lens of IP’, Clarivate picks apart the IP dynamics of the gaming industry to understand the development strategies of the companies behind the disruption. The report uses data from Derwent Innovation™, Derwent Data Analyzer™, Derwent World Patents Index™ (DWPI), CompuMark™, and MarkMonitor™, to gather insights and analyze trends around patents, trademarks and domain registrations in the gaming industry. By combining trademark and patent data together, Clarivate lays out not just the technologies companies are developing, but also how they are bringing them to market while minimizing risk.

The survey was conducted among 2001 video gamers in the US (1001) and UK (1000) who have an interest in cloud gaming. The interviews were conducted online by Sapio Research in September 2020 using an email invitation and an online survey.

Clarivate™ is a global leader in providing solutions to accelerate the lifecycle of innovation. Our bold mission is to help customers solve some of the world’s most complex problems by providing actionable information and insights that reduce the time from new ideas to life-changing inventions. Covering scientific and academic research, pharmaceutical, biotech and healthcare intelligence and intellectual property services, we help customers discover, protect and commercialize their inventions using our trusted subscription and technology-based solutions coupled with deep domain expertise. For more information, please visit clarivate.com.