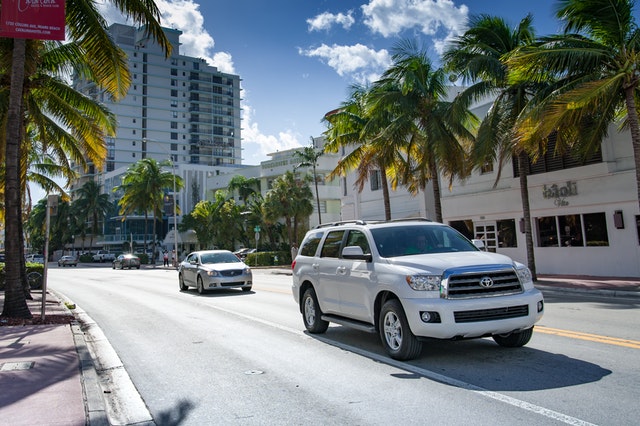 Toyota filed an application at the United States Patent and Trademark Office for a car that can transition from a road-legal passenger car to a light aircraft. The vehicle Toyota has thought of is a “dual-mode” vehicle with vertical take-off and landing capabilities and will feature electric motors, providing drive to the four wheels and propellers. The patent claims the systems will provide enough thrust for the Toyota to take-off and fly.

According to the patent, power sources could range from hydrogen fuel cells, a gas turbine generator or “any other energy conversion device capable of generating sufficient electric power to drive the wheel”, such as batteries.

The wheels are at the end of arms that pivot at the top, with propellers folding out from the wheel hubs to provide lift., and the pivoting arm and flip-out rotor process is reversed when the craft comes down to land.

Other big driving/car patents have been arriving as of this year, with Apple continuing it’s pursuit in perfecting driverless cars, and Jaguar Land Rover filing a patent for eye movement-controlled windscreen wipers in 2015.